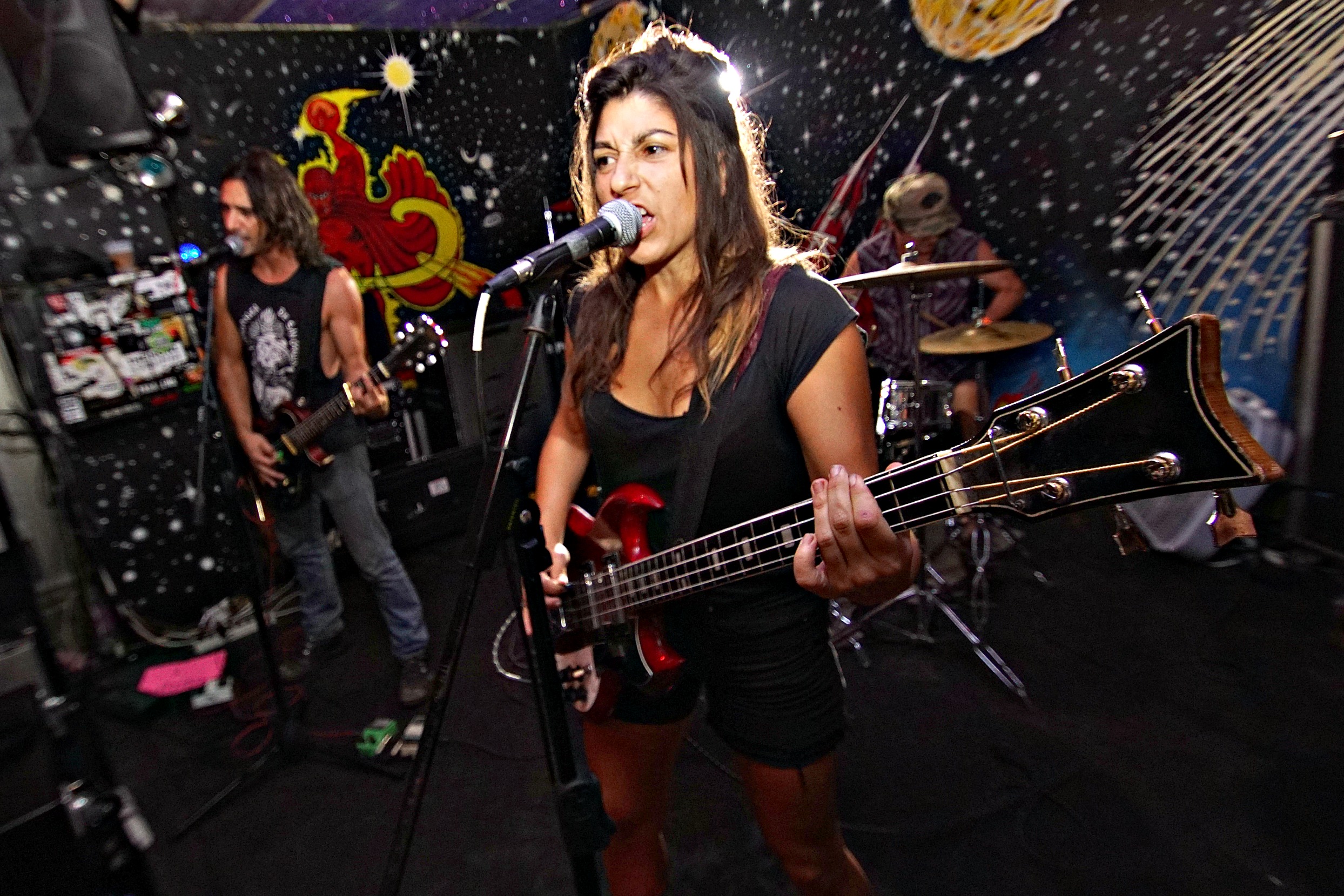 Saturday night’s Replay show was one for grand returns. It had been a few months since Psychic Heat had hit the Replay stage, and it had been even longer since Kansas City’s Nature Boys (a punk favorite that tends to spend a lot of time on the road) made an appearance. But it was Mouthbreathers, a long-adored garage outfit from LFK, that had the longest absence. Saturday’s show marked their reentry (this wasn’t their first reunion) into the scene, and it was well-received by old and new fans alike. In fact, it hardly felt like they had left at all. Considering this reunion was just a recent decision of the band’s, they couldn’t have had too many practices under their belt– but the performance was so spot on it’s almost as though they picked up right were they left off.