Bruiser Queen want you to “Have Fun” this Thursday

Bruiser Queen want you to “Have Fun” this Thursday 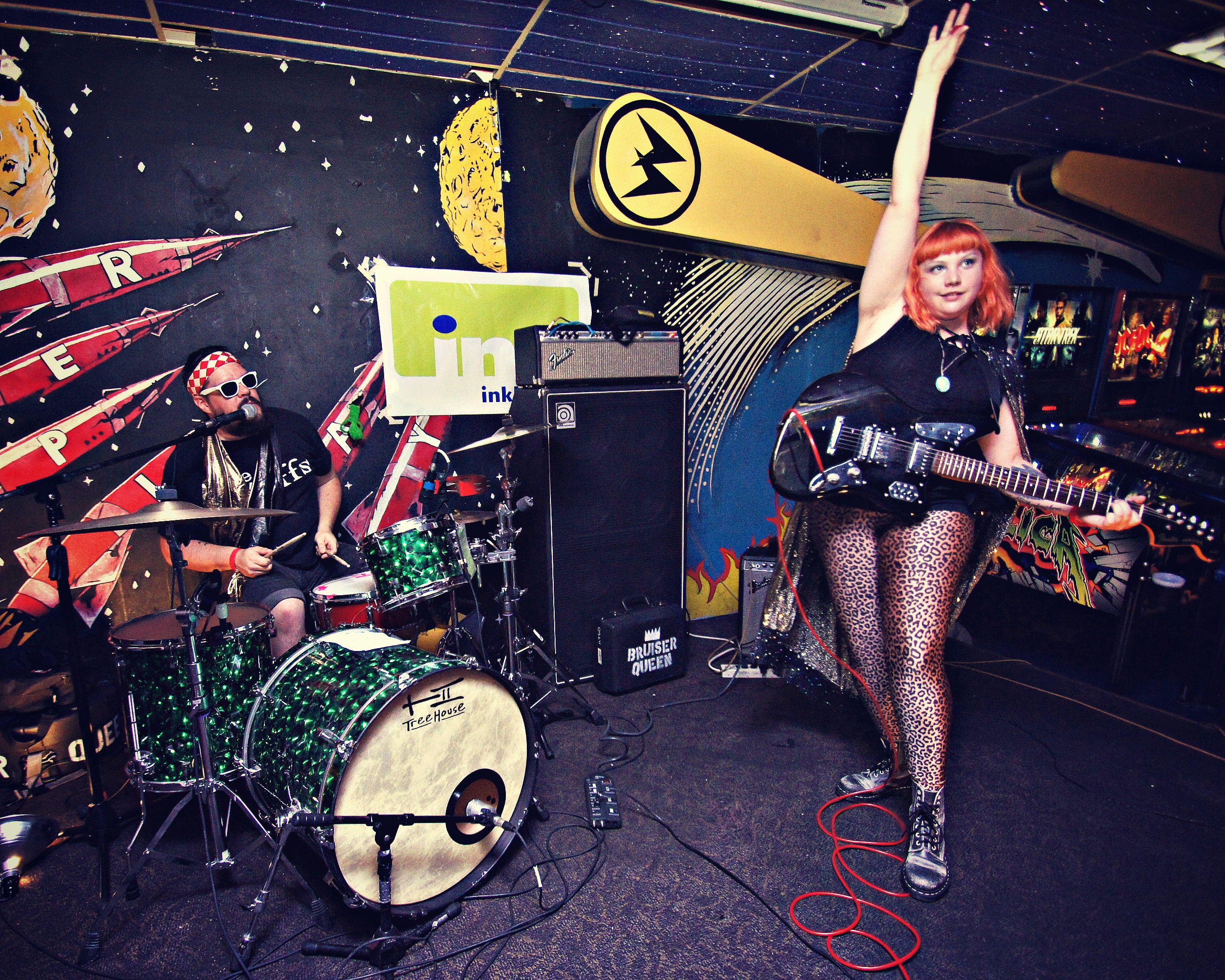 Facebook0Tweet0LinkedIn0Pin0
“Have fun before you die, anything else is a waste of time.” Bruiser Queen’s lively and fiery frontwoman Morgan Nusbaum repeats that line over and over again in the band’s new single, “Have Fun.”

While they may hail from St. Louis, the band is well-known and well-loved in Lawrence with regular, rip-roaring appearances throughout the year. This Thursday, they’ll be appearing on the Bottleneck stage as part of a three-date run with Skating Polly (another out-of-state band well-loved in Lawrence). They spent the last year touring the coasts, and are focusing on the Midwest this Summer.

“Have Fun” is the second single from their upcoming album, Heavy High. There hasn’t been a release date set yet, but you’ll likely hear it at their upcoming show. The song centers around something a lot of brooders can relate to. “‘Have Fun’ is about being in a sad funk, just wanting to hide in your bed,” Nusbaum says. “But you have a really good friend who makes you go out into the world to have some good times. It energizes you and makes you happy again.”

Locals The Sluts and Wendy Moira round out the impressive bill on this highly-anticipated show, which kicks off at 8:00 p.m. Thursday. Until then, you can listen to “Have Fun” below: