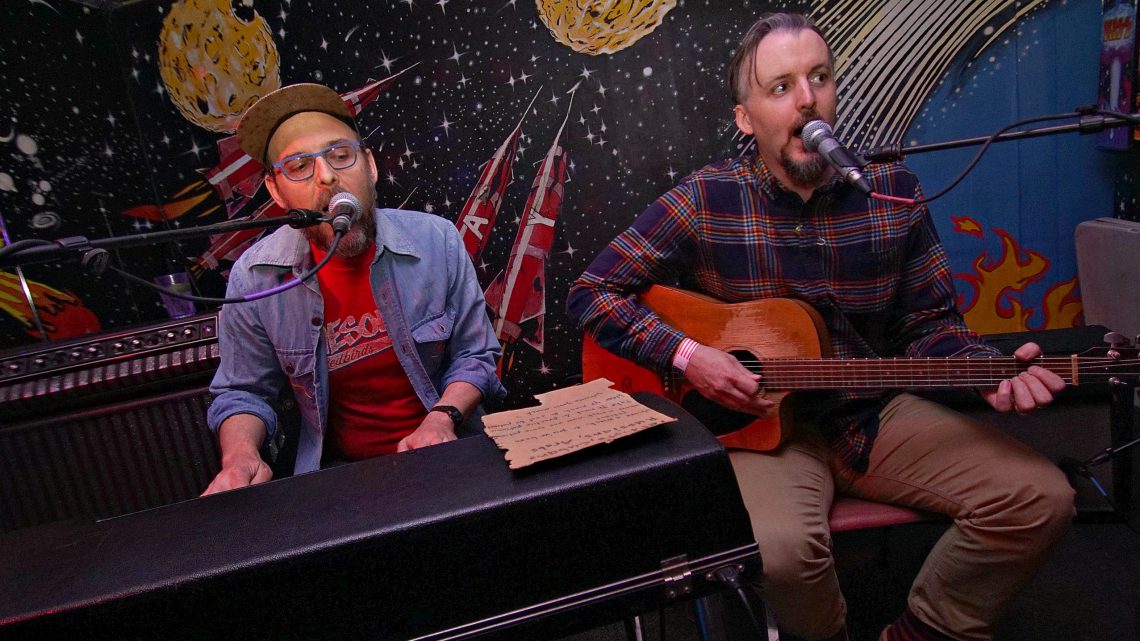 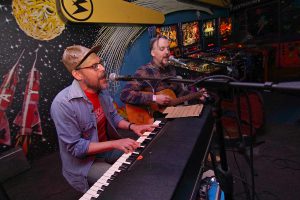 Do bands ever really call it quits in Lawrence? No. No they don’t.

Because Wallace Cochran and Jeff Stolz can’t seem to quit each other (even when separated by more than 3,000 miles, seeing as Cochran is now in Hawaii), Lawrence was treated to something pretty special on Friday night. The legendary duo reunited just a couple of years after Drakkar Sauna called it a day. For one night only (in Lawrence, anyway) they performed onstage together once again to tout their latest body of work, Very Much Cologne. The album had debuted with some quiet rumblings back in the winter. The buzz surrounding it, however, grew enough to warrant a full physical release (you can pick it up in a couple of months at Love Garden).

Surrounded by their peers in the music scene, the performance was a display of affection from currently active musicians doting on the ones who paved roads for them. It seems the scene missed the band’s dry wit and comforting tunes more than they thought, and every melody was warmly welcomed. Considering the rising political, economical, and racial tensions we (as Americans) have faced over the past year, it was nice to have a reminder of something pleasant from our past. For one night, Lawrencians (once again) basked in sci-fi songs and tales of folklore.

Here’s Drakkar Sauna performing the first track off of Very Much Cologne, “Challenger 9 to 39.”

Next post Photo Gallery: 2017 Middle of the Map Fest, Saturday