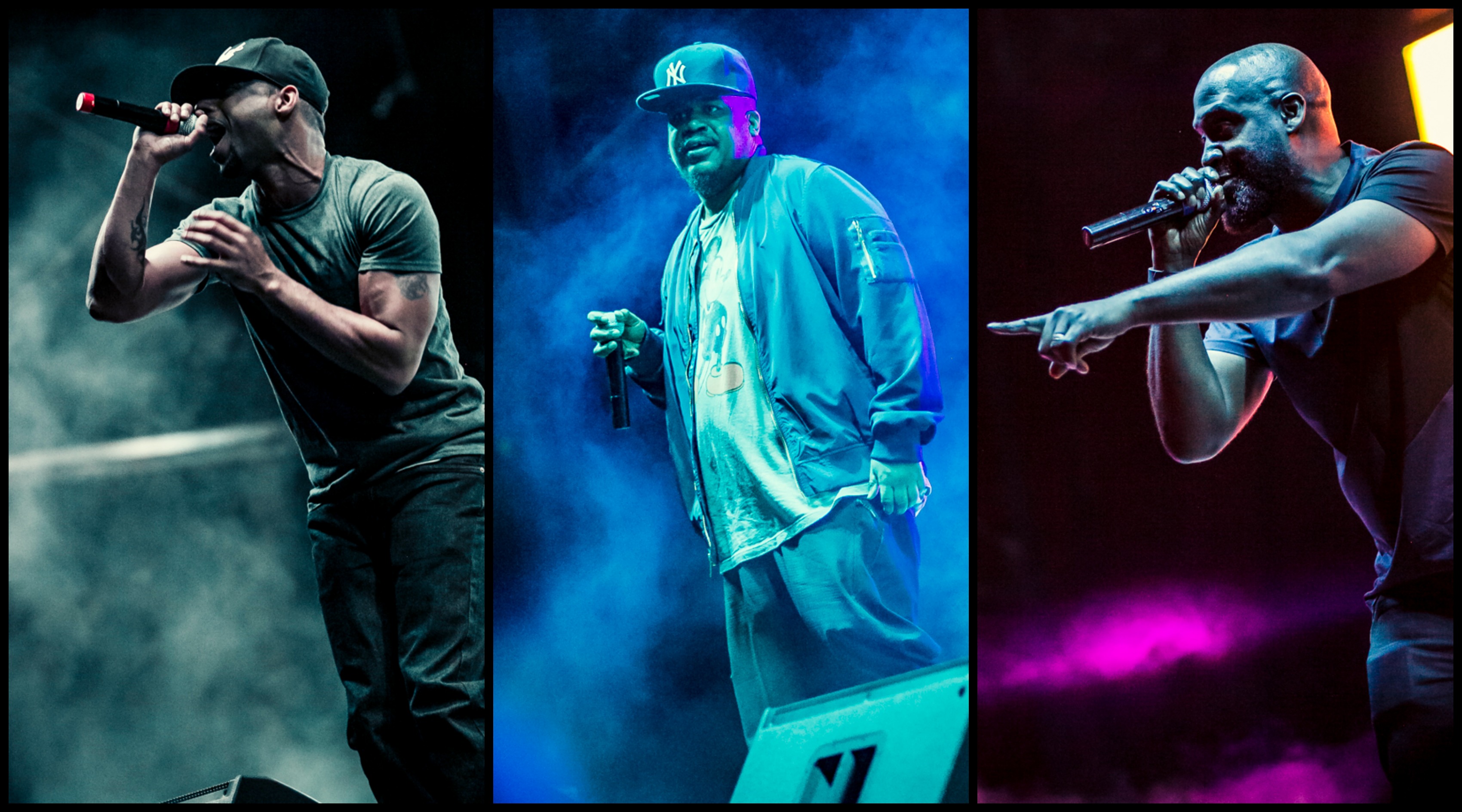 Hip hop royals De La Soul brought a set full of classics to mark the crux of this year’s Middle of The Map fest celebrations on Saturday night. Supported by rap legend, the eminent Talib Kweli– along with local artist Stik Figa opening the show– De La and Kweli brought the perfect party to welcome home the summer weather.

With both artists riding high on the recent releases of brand new albums, this show was full of classic, career-spanning tunes. Granted, such sets are obvious choices for artists with long and storied careers as these, but in the case of De La Soul it was a conscious decision to leave the newest of the new material behind, even if that album was their first release after a 12-year hiatus of new music.

2016’s “And The Anonymous Nobody” marked a change in how De La approached the production of their tunes. Turning to the expertise of professional, live musicians, De La Soul’s return from the ether came more as a band than as the standard duo up front and DJ in the back… And out of respect for the tunes themselves, and the incredible talent that helped bring them to life, not a lick of “…Nobody” is performed live with any less than a full band. According to The Dove himself, an mp3 backing track for any of those tunes would be disrespectful of the artists that helped to make it. Instead, he asked us all to imagine we were 13 again and were hearing for the first time that hip-hop track that made us fall in love with the genre. It was an easy feat for me personally, as the next tune De La Soul performed, “Me Myself and I,” from 1989’s 3 Feet High and Rising was the tune that did for me just that.

So it was easy. With a career spanning thirty years, Kansas City didn’t need new music from De La Soul.  An hour’s worth of Soul classics and a return for an encore with barbecue in hand was just what we all needed to brush off those cold, rainy weather blues.