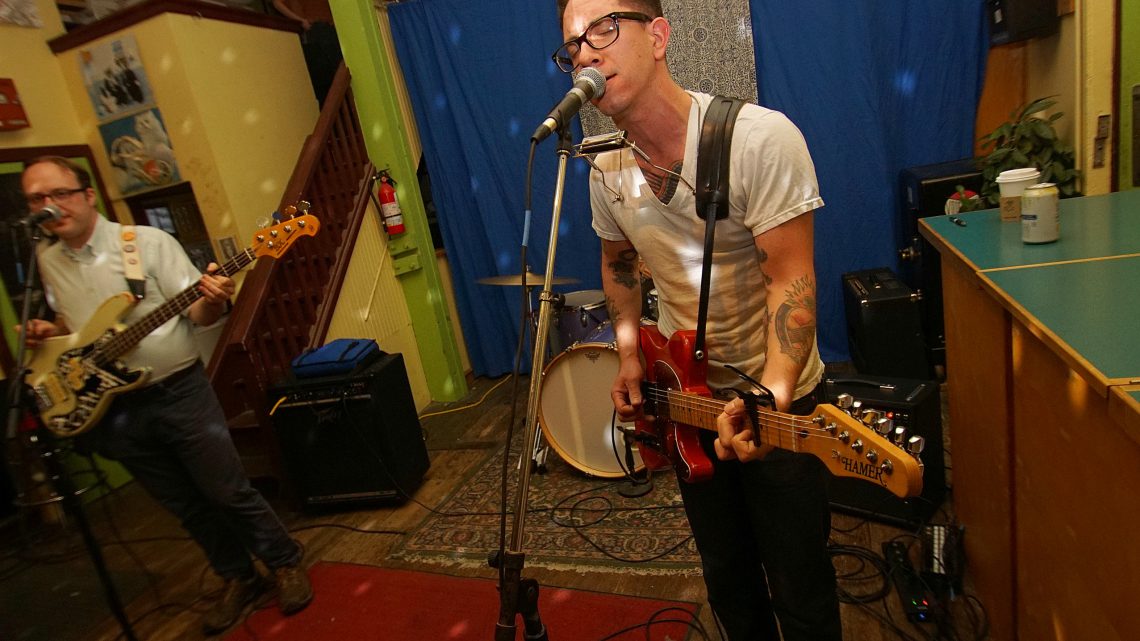 The Lawrence band celebrated a new cassette release over the weekend with a performance at Love Garden. Bradley McKellip sports alluring whiskey vocals over fuck-yeah guitar solos, both of which are amplified in the band’s live performance. But on the album McKellip can seamlessly switch between those scratchy punk-based vocals and smooth country crooner. The self-titled release (below) is an impressive piece of work with a host of appearances by local musicians, including Til Willis, Lauren Mayhew, and Brett Jackson.

You can watch Jasper perform “Hard Freeze,” the first track off the new album, below. Then, listen to the rest via their Bandcamp (although we’d recommend seeing them live for the full effect).

Next post Whitney brought cheer and joy to the Bottleneck