Whitney brought cheer and joy to the Bottleneck 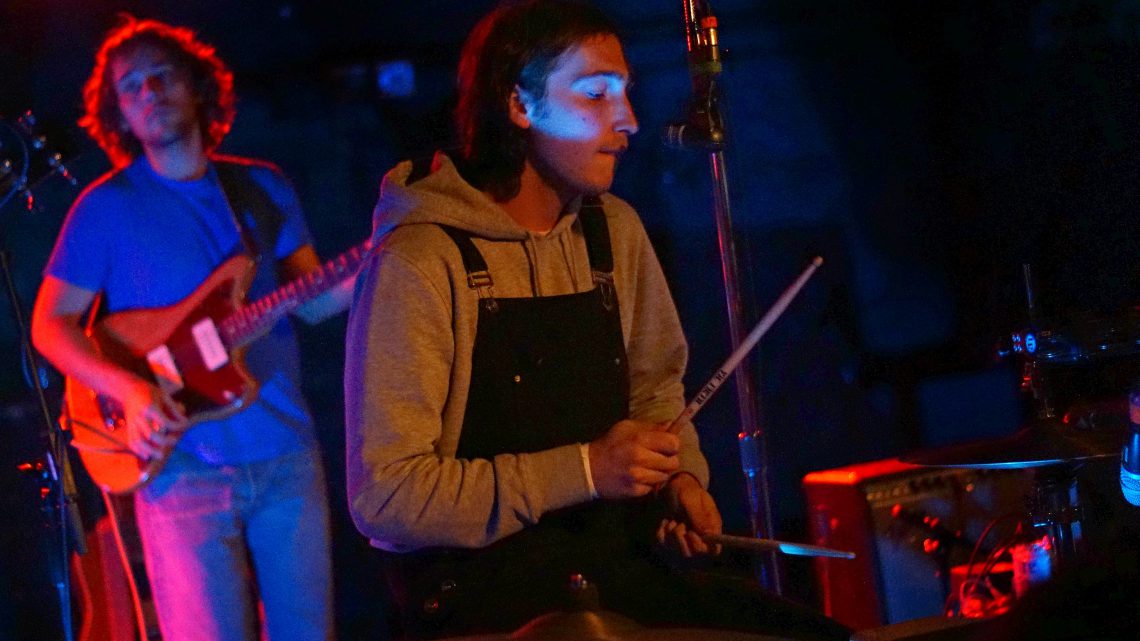 “You guys are very fun to play for,” Whitney’s drummer and vocalist Julien Ehrlich announced to a very full Bottleneck crowd on Monday night. Normally, when someone in a band makes this sort of obligatory announcement, it feels a little forced. But we can, without a doubt, assess that Whitney played one of the best shows of their lives on Monday.

Earlier in the evening, Ehrlich insisted that the band had just come off a string of bad shows. But here in Lawrence, they couldn’t have been met with happier fans. With every song, the crowd’s enthusiasm increased. By the time they got to fan favorite “Polly,” the audience was thrilled enough to happily sing along to what’s normally a fairly sensual song. The demeanor was so good-natured that by the end of the tune, Ehrlich shared a slow, sensual kiss with his bassist (and the crowd responded appropriately with gleeful cheers). The band even adhered to a request from an audience member, and anyone who stuck around through the encore was treated to new music.

You honestly couldn’t have asked for a better rapport between musicians and fans— and considering the band’s recent gloomy performances (as they pointed out earlier in the evening), along with a string of gloomy-as-fuck weather for Lawrencians, this couldn’t have happened at a better time. A soulful trumpet over indie ballads and Ehrlich’s Jackson 5-esque falsetto jump started what otherwise would have been a fairly lame Monday for Lawrence scenesters. If you expected the same sound from their albums, you’d be wrong but not disappointed. There was something far livelier at their stage show, and it came sporting more passion and allowed Whitney to become more animated.

They were joined by Golden Daze, and this was the last show of their tour together. So naturally, antics were running rampant and both bands iced each other onstage. Golden Daze’s melodic shoegaze sported breezy guitar licks and soothing vocals in front of a full band. The audience was immediately attentive and docile, hanging on every line of their spacey numbers.

Next post Photo Gallery: 2017 Middle of the Map Fest, Thursday