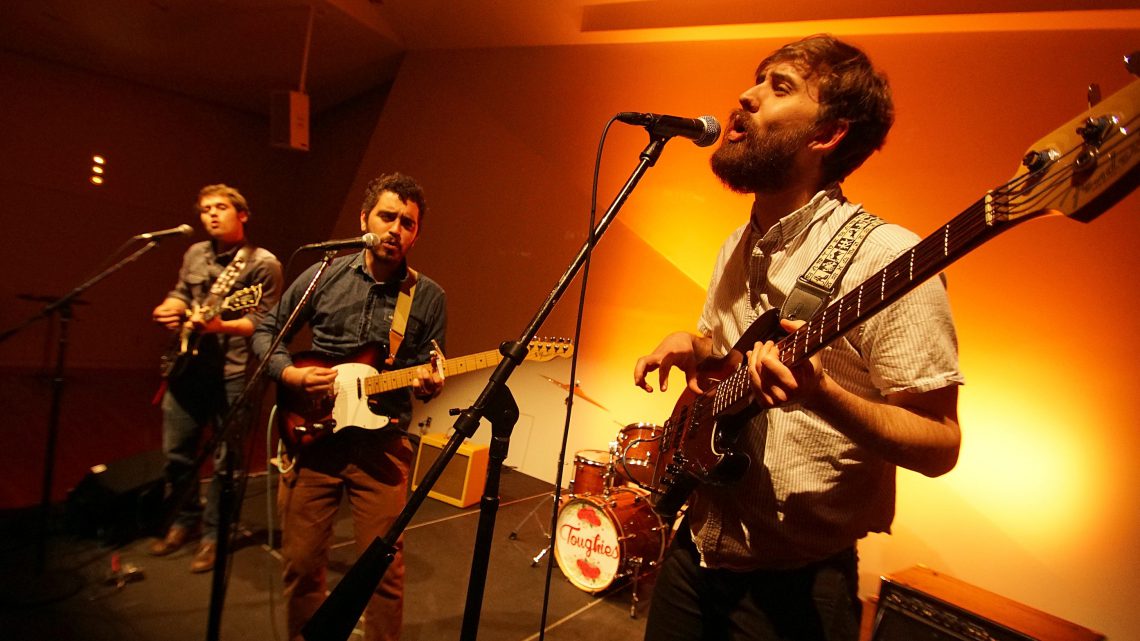 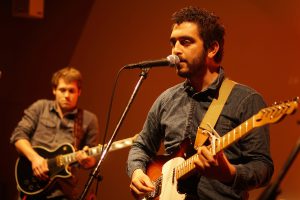 Toughies have had a pretty busy week. In addition to a handful of shows, they’ve been getting airplay all over KJHK in anticipation of a new release set to come out this Spring. The 7″ will be coming out on Replay Records, and you can expect to see it around the time of the Replay’s annual Spring Into Summer Fest. Toughies will also make an appearance on an upcoming compilation featuring a host of Kansas City bands. 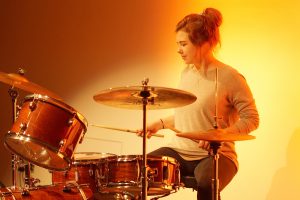 On Thursday night, while the weather drizzled on miserably outside, the beloved band played in front of a crowd of happy, toe-tapping students at the Lied Center Pavilion for the “Tunes at Night” series. Set against a heavenly orange glow, they headed straight to old favorites, but also debuted some newer songs. You can listen to one of those new songs below. It won’t be on the Replay Records release, but you could see it on a release in the future.