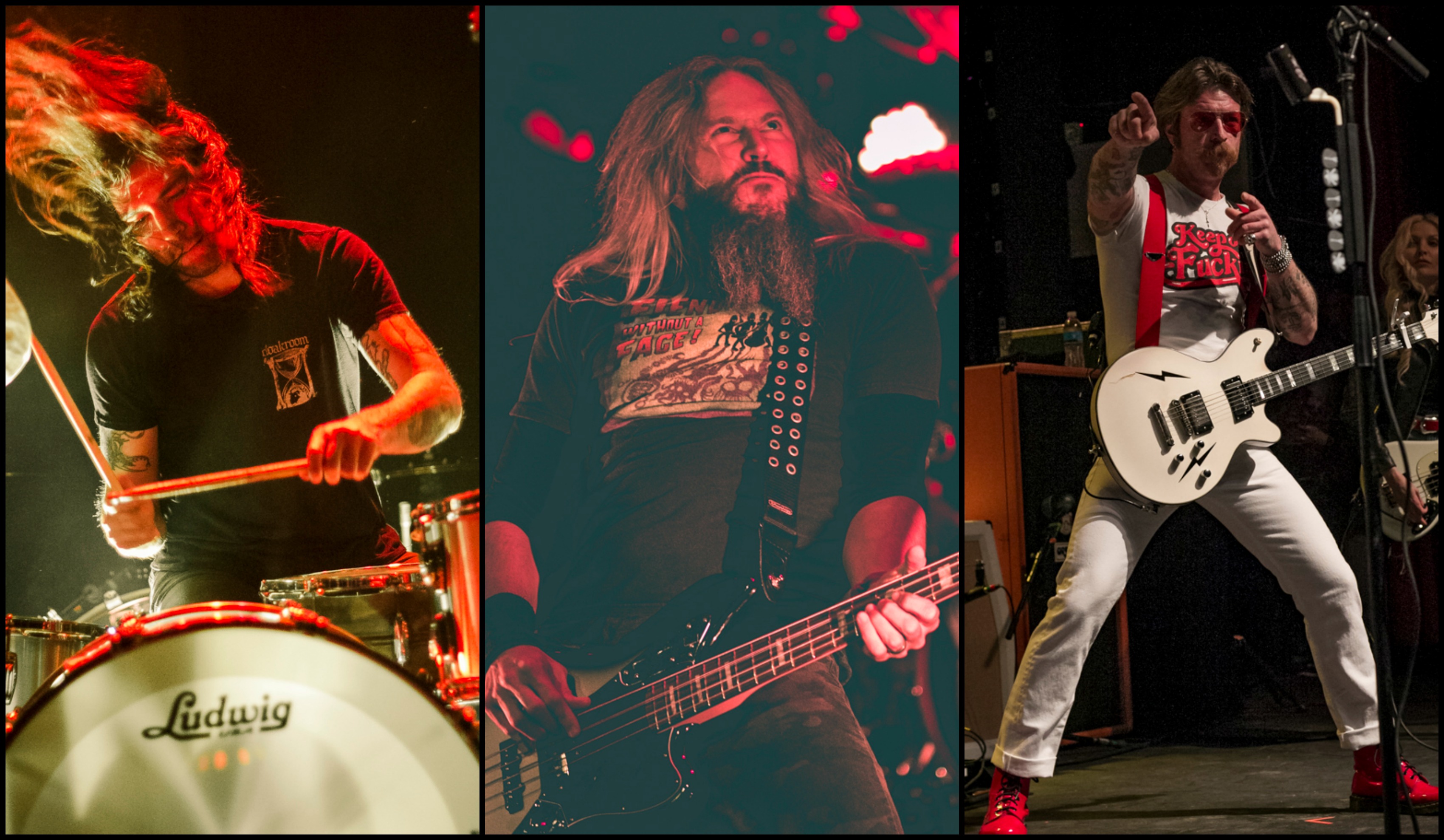 Riding aback Emperor of Sand, their 8th studio release, and bringing along with them instrumental metal maniacs Russian Circles, and sandwiching the show with rock and roll’s best party band Eagles of Death Metal… Mastodon, “the greatest rock band in the world” unleashed a monstrous show to a very eager crowd at The Uptown Theatre in Kansas City.

Opening the night, an hour of emotionally charged instrumental metal grooves breaks you down and leaves you raw… crawling on your knees. Then, like an oasis in the desert, an hour of sheer, unapologetic, “we came to shake our dicks for you” flavored American Rock and Roll and “Keep on Fuckin” t-shirts quenches your thirst for awesome, soothes the psychic sunburn, and girds your loins for what’s to come. As the stars begin to align, the heavens open, and a 90-minute Mastodon marathon takes you on a journey from the depths of the deepest ocean to the vastness of open space. With eyes unable and unwilling to close, and sight all but blinded by the hot, white light of metal majesty you come to understand that this… this is what awaits you in the halls of Valhalla! This is where we will live for eternity! If only we could be so lucky.