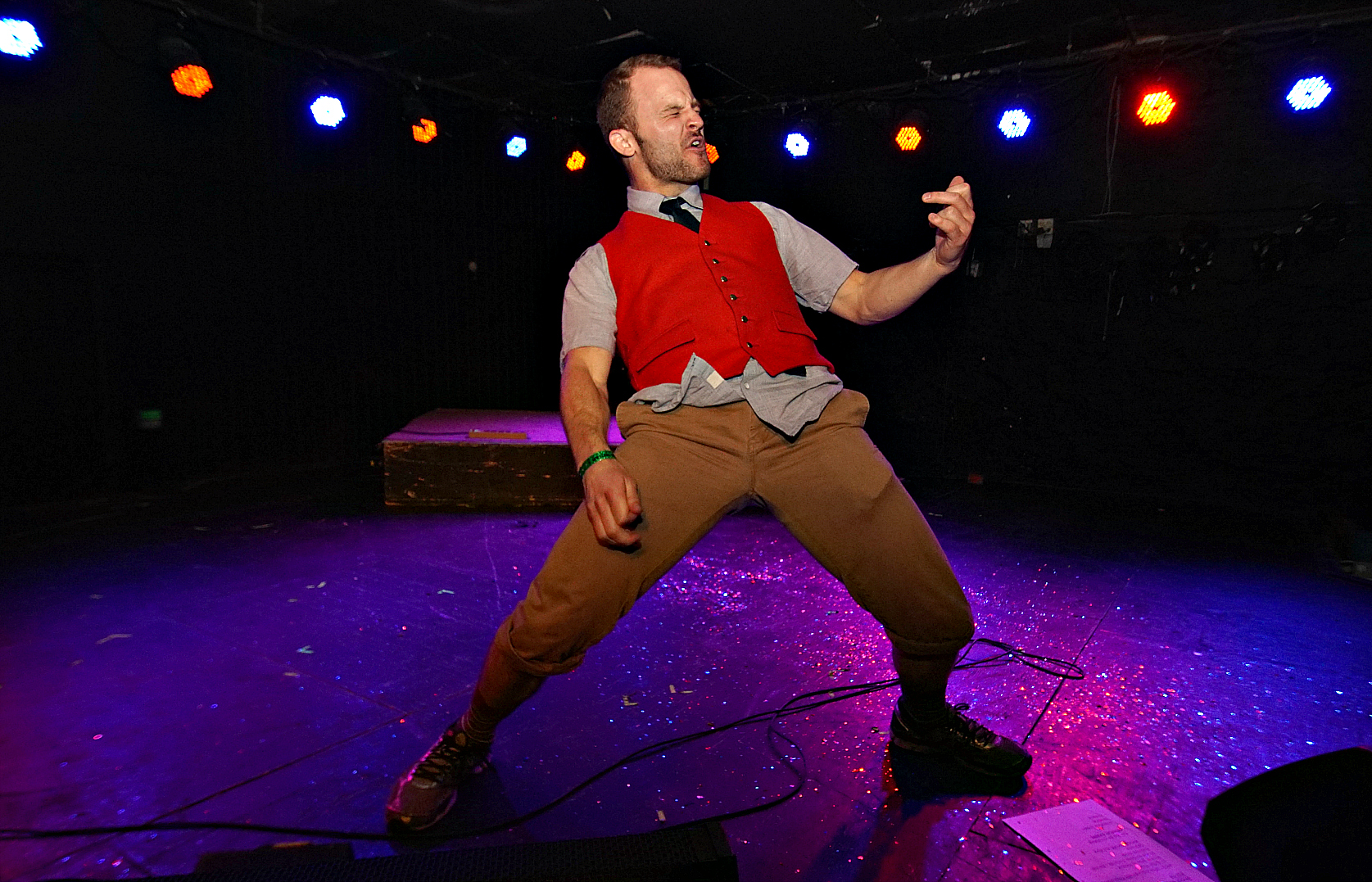 Facebook0Tweet0LinkedIn0Pin0
This weekend in Lawrence, you may hear a lot of fancy guitar tricks but not necessarily see any. That’s because the Air Guitar Competition is hitting the stage at the Bottleneck. This is where performers will show off physical stunts, agility, and wild personalities while they compete for a spot to move on to World Air Guitar Championships.

Some of the competitors this weekend are seasoned performers. Beth Melin, more formally known on the stage as CindAirella, not only competed at Lawrence’s inaugural U.S. Air Guitar Competition last year, but she’s also hit up several competitions as far as Los Angeles, Washington D.C., and the Air Guitar World Championships in Oulu, Finland. When she saw her first competition years ago, it didn’t take long to jump on board. “In 2011 I went to the first competition brought to Kansas City, and I was sold,” she says. “Every competition ends with the entire place, competitors and crowd, being invited up on stage to air guitar to Free Bird. As soon as I was on that stage, I knew I wanted to compete the next year.” If you’re considering partaking in the event yourself, she says to “leave your shame at home.” 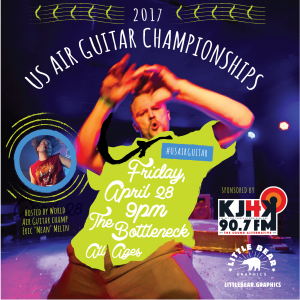 That’s exactly what Conor Taft, aka Rockford Silence, did when he competed in and won last year’s competition in Lawrence. His interest in the event piqued after his boss registered him as a competitor. He’ll be returning this year, and thinks Lawrence is a natural setting for such an eccentric experience. “Air guitar championships were made to be held in places like Lawrence, KS,” he says. “With its tremendous (real) music and arts scene, along with its quirky inhabitants and easy-going vibe, LFK welcomes goofiness in any and all forms. It would be hard to imagine this happening anywhere else in Kansas.”

2012 Air Guitar Championship at the Beaumont[/caption]While some participants have chosen to compete year after year, one performer has made a bit of a career out of the sport. Eric Melin, normally behind the drums with Ultimate Fake Book and Dead Girls, actually won the World Championship in 2013. Since then, he says he’s transitioned from competitor to ambassador. “I speak all over the world about the absurdity of world peace and its connection to air guitar,” he says. “By organizing this Lawrence show, I’m hoping to secure a future for the next generation of cultural marauders to embrace silliness and keep this ridiculously entertaining sport alive and well in Kansas.” He adds, “Of course, Lawrence is the best place for that.” It was Melin’s early days hosting “Aireoke” at the Bottleneck that roped Michael Pope in. Now, he performs air guitar regularly as LattAIR Day Saint, and he’ll be returning to the Lawrence competition this year. “At first, my friends and I would go to have a drink and watch these weirdos flail around on-stage while pretending to perform songs like ‘Gay Bar’ by Electric Six. But it looked like they were having so much fun up there, and I thought ‘What the heck, I’ll give it a shot,’” he admits. “Fast forward to today, and now I’m one of those weirdos.” Pope adds that it helps to have the guts to get up onstage and make a fool of yourself (as well as have a good gimmick on hand). “It’s like the golden age of pro-wrestling mixed with America’s Got Talent.”

You can see who’s got those guts this Friday when the U.S. Air Guitar competition kicks off at the Bottleneck.