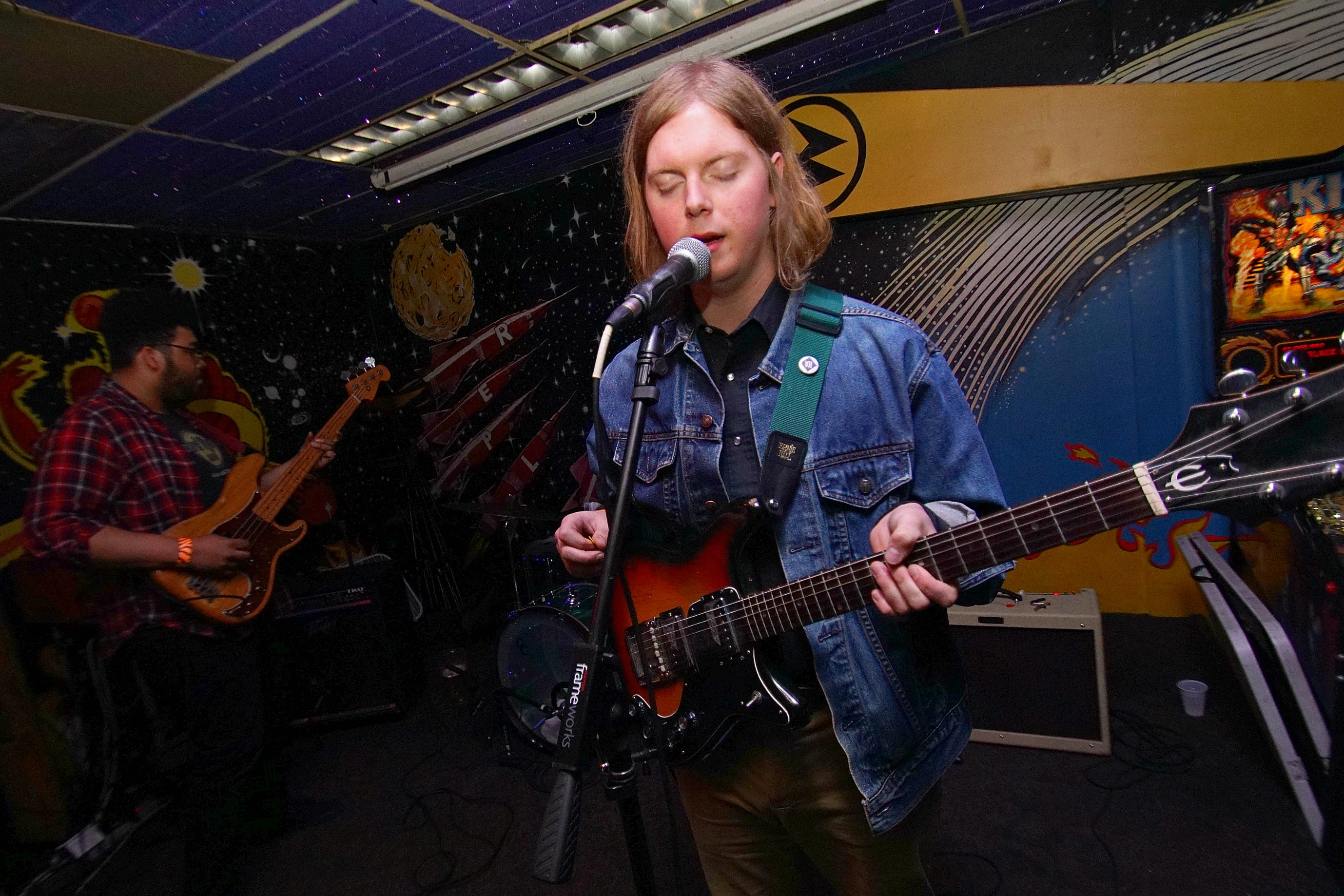 We haven’t been very impressed with the indie pop scene as of late— at least, not as much as we were when it was ragingly successful five years ago. Punk, garage, and hip hop have done well. But indie pop has taken an indifferent backseat to the rest of the scene… until now.

Hush Machine is the solo project of Sam Boatright. He spent time years ago in Psychic Heat, but has been focusing on his own musical endeavors. Hush Machine just released a self-titled album, and the payoff is a memorable set of ditties serving as one of the last hopes for decent indie rock this year.

The peppy and inviting guitars intro the album right off the top with “Batter Up.” While some of the tracks, such as “Congress Hotel” and “Realize (Hands on the Wheel)” are a little more downtrodden (with lines like “Ain’t it sad when you realize you can’t have a relationship with anyone you know,” how could you not feel al little somber), many feature guitars that are speedy and upbeat enough to pose as morning-starters. Even the harmonies as he sings “I’m sorry, I don’t love you” over and over again on “Sorry” are earworms for the Lawrence crowd.

Despite Boatright’s young age, Hush Machine’s sound is reminiscent of bands hailing from the early 2000’s in Lawrence. It’s almost as though he indulged in both the local and national scene growing up in Lawrence, and took it all into account when crafting his own brand. The new wave influence is strong with this one, but so is a hodgepodge of local vibes. The album will likely be part of any local’s breezy Summer soundtrack, but it doesn’t hurt to get a head start on it now. You can listen to it in full below, or see them live on Friday at Love Garden at 7:00 p.m.