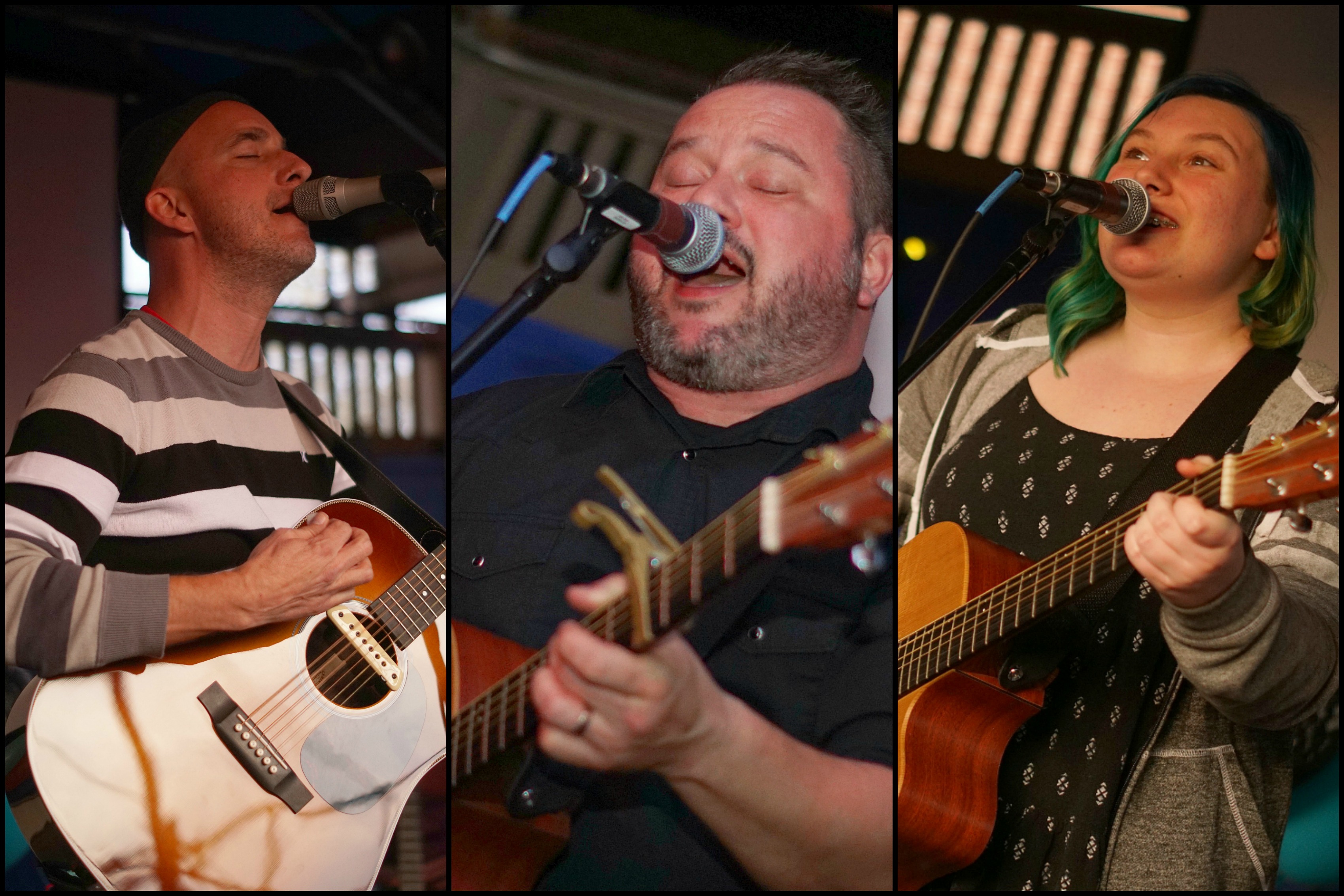 “This is honestly the weirdest fucking show I’ve ever played in my life,” Matt Pryor joked. It was a big night for the Get Up Kids frontman. He was celebrating his 40th birthday, and nearly everyone he knew had a presence at the Replay on Thursday. If they weren’t there in physical form to watch him play on the patio outside, they appeared in a recorded video message that played ahead of the show. The montage featured birthday salutations from his friends, family, fellow musicians (it was like playing a game of who’s who from the emo era!), promoters, industry folk, and a couple of kickballers (the standard group of friends for many Lawrence scenesters).

The beautiful Spring-like weather also added to the cheer, as the outside patio quickly filled up with music fans both young and old. The show was part of a stop on the tour with Dan Andriano of Alkaline Trio, who powered through several acoustic versions of his songs from his impressively large catalogue. Pryor has also been hitting the stage with his daughter Lily, an up-and-coming musician in Lawrence whose music has been speaking volumes to her peers and the younger generation in town (her musical ode to the victims of the Pulse shooting in Orlando was a particularly moving number).

You can watch a couple of clips from the show below: