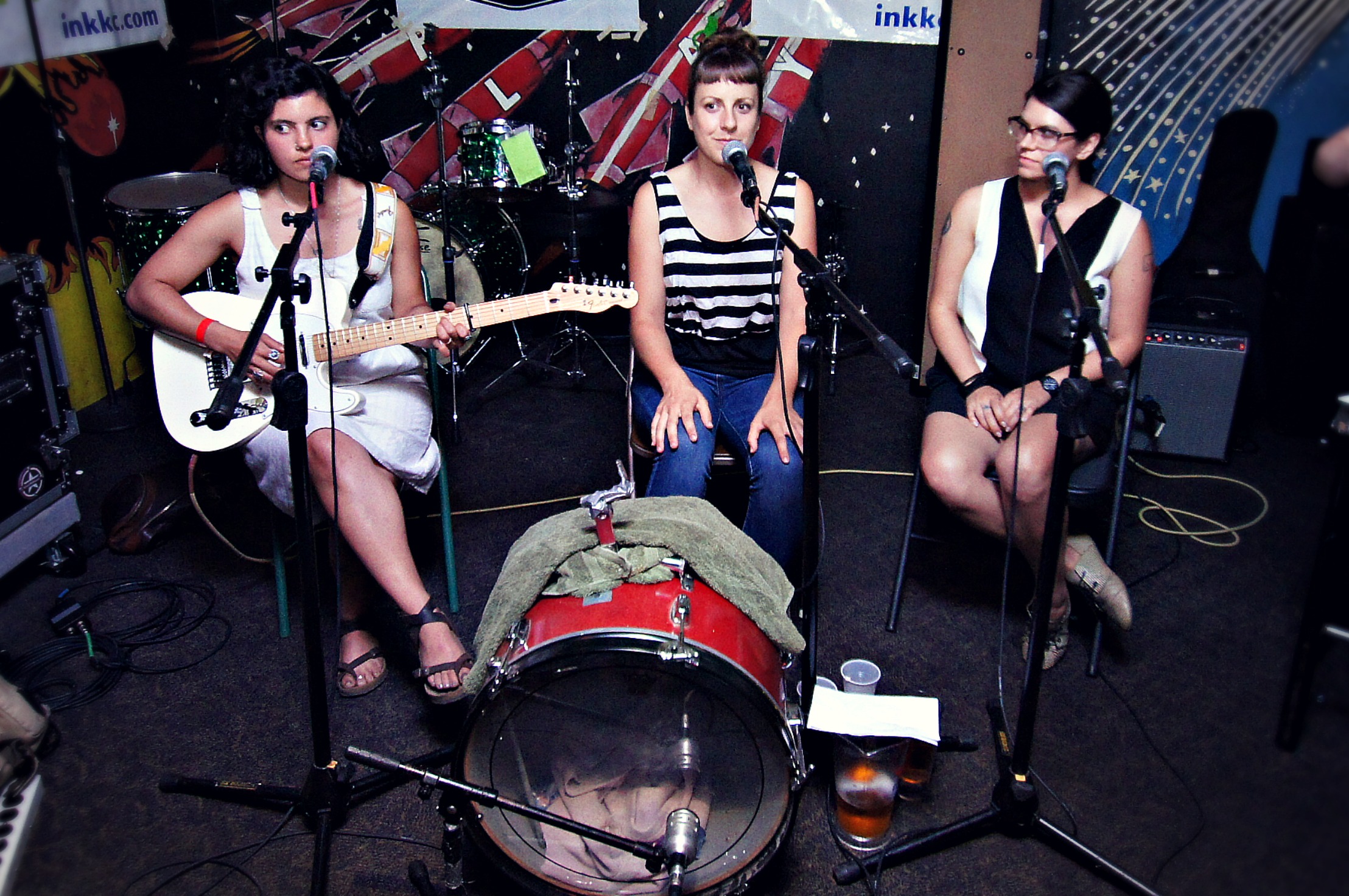 Facebook0Tweet0LinkedIn0Pin0
Lawrence’s favorite ethereal folk act has been laying low recently, but that’s about to change this week. The harmonizing sirens in The Ovaries-eez will be releasing their second album, Moon Birth, with a show scheduled at Love Garden this Friday.

Don’t let their soft and melodic voices strung over a softly strumming guitar fool you, the ladies have some strong opinions. On Moon Birth, they tackle social and political topics (their previous work dealt with nature themes). “She doesn’t feel safe anywhere anymore,” they warn with an eerie and foreboding fiddle in the background right off the top of the album for “She’s Not Broken.” “Fight or flight, muscles tight,” they continue before detailing another type of struggle in “Back Breaking.” “Sand” could be the album’s most standout track with actual percussion and the most haunting of backing vocal harmonies. A couple of guest writers contributed to songs on the album, including Carey Scott for “Bones in My Way” and Dean Monkey and the Dropouts’ Max Yoder for “Max’s Song.”

This is such a beautifully stripped down album. There aren’t a lot of frills, just a steady guitar (and an occasional tambourine) with strong vocals layered over the top. The lyrics feel genuine, and they manage to shake up their harmonies on every track.

You can see The Ovaries-eez perform songs from the new album at Love Garden this Friday at 7:00 p.m. with Teri Quinn and Angie Schoenherr.