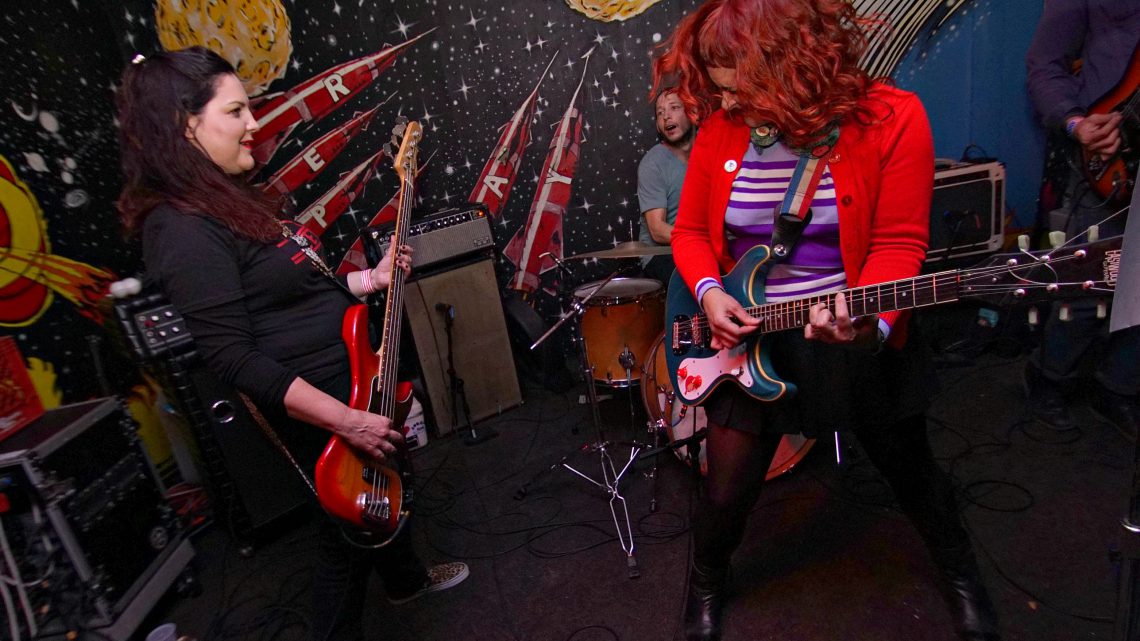 You have to be a very bold (and skilled) musician to pull this off. 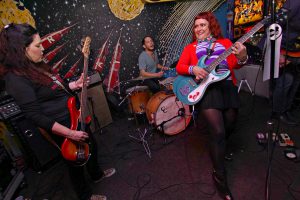 On Friday night, Dressy Bessy returned to the Replay for the third time this year. But their rhythm section looked a little familiar. That’s because Arc Flash’s Mark Osman joined on drums and Vedettes’ Liz Weiler stood in on bass. Liz was actually pulling double duty on this night, having played with The Cave Girls just before joining the two remaining rockers for Dressy Bessy. The newly formed band members were barely treated to a practice before having to dive into several fan favorites, though it’s hard not to have any faith in Liz or Mark’s abilities.

Liz is hands down the queen of bass face in Lawrence, but it was a real treat watching her compete with the wild facial expressions Dressy Bessy’s frontwoman tends to bring to every single song. This is a band where you come for the rock numbers, but stay for the attitude.

Previous Article Local musicians band together to feed the hungry