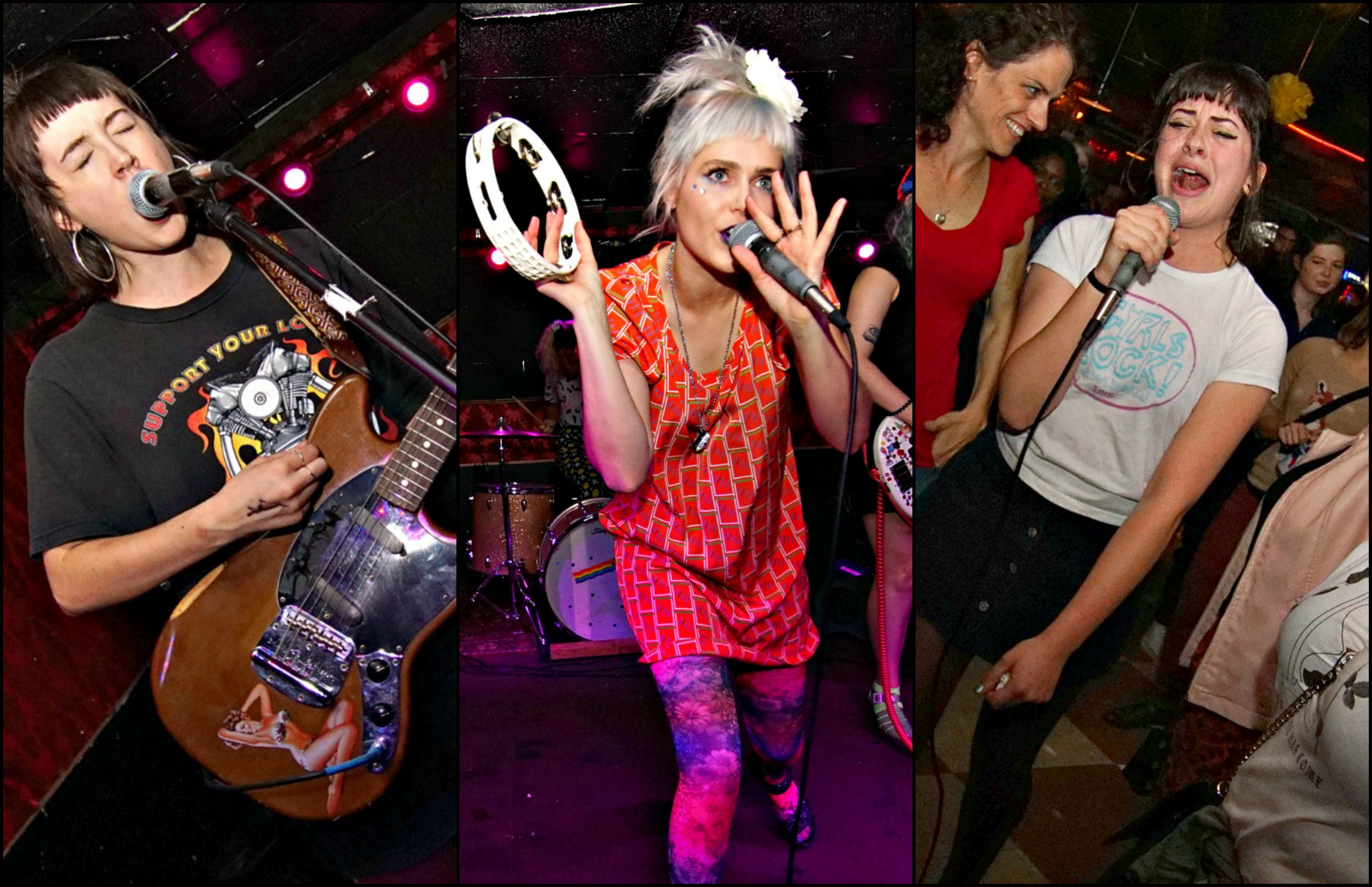 The Jackpot was a great place to be a woman on Saturday night.

Seattle’s Tacocat, an act that identifies as a feminist punk band, brought their jovial spirit to the stage with an animated and bustling performance. The band sported that sort of infectious pep and had the audience happily bopping along with every song. Prior to each tune, they gave it a little introduction and some background. “This one’s about being really stoked on horses when you were a little girl,” they’d proudly pronounce before one song. “This one’s about the first day of your period. It’s called FDP,” they’d say before diving into another. Their feminism was put to the test when they introduced a song about catcalling and were faced with an actual catcalling buffoon in the audience (dude, do you know where you are?). This brought out a collective groan from the audience before the band ripped into him for his bad behavior.

Everything about the way Tacocat carried themselves was just so fun and charming. It was like having a conversation with your gal pal. In fact, this was probably the show to go to with your gal pal. These musicians did everything you wanted to do when you were younger but were told not to do when you were older. They sang about their periods, they dyed their hair neon colors, they wore gel shoes. They were just so unapologetically fun. So were their fans… energetic music lovers who smeared glitter across their faces and wore Girls Rock Camp shirts (the ones that say “Smash the Patriarchy” in large, bold letters across the front). The cherry on top was singer Emily Nokes gleefully and freely swaying her tambourine in the air while she belted out her feminist anthems. We’re almost certain this is the most fun you could have with a tambourine.

Tacocat were joined by Daddy Issues, out of Nashville. The three-piece were also full of girl power, but with a sludgier sound. Their music was so full of personality, and very reminiscent of every cool band alternative and punk girls loved in 1995.

The lineup was really rounded out perfectly when Wendy Moira hit the bill. The Lawrence band has become famous for their feminine rage and unmatched stage (or rather, off-stage) presence. But this may have been the band’s shining moment of the year. Vocalist Alice Masterson normally spends a set wandering between the audience and the stage. But on this night, she spent the entire night in the audience, screaming and hollering to her heart’s content while surrounded by many of the band’s biggest fans and peers (including some fellow lady rockers). Onstage, the guitarist and drummer crashed away, providing the perfect energetic start to the night.

Fun fact, the very first band of the night was a small act out of Chanute, Kansas, called Wasted Adolescence. The drummer in this band (who is not from Chanute) is the brother of the drummer in Tacocat, so naturally they had to join the lineup on their Kansas stop.