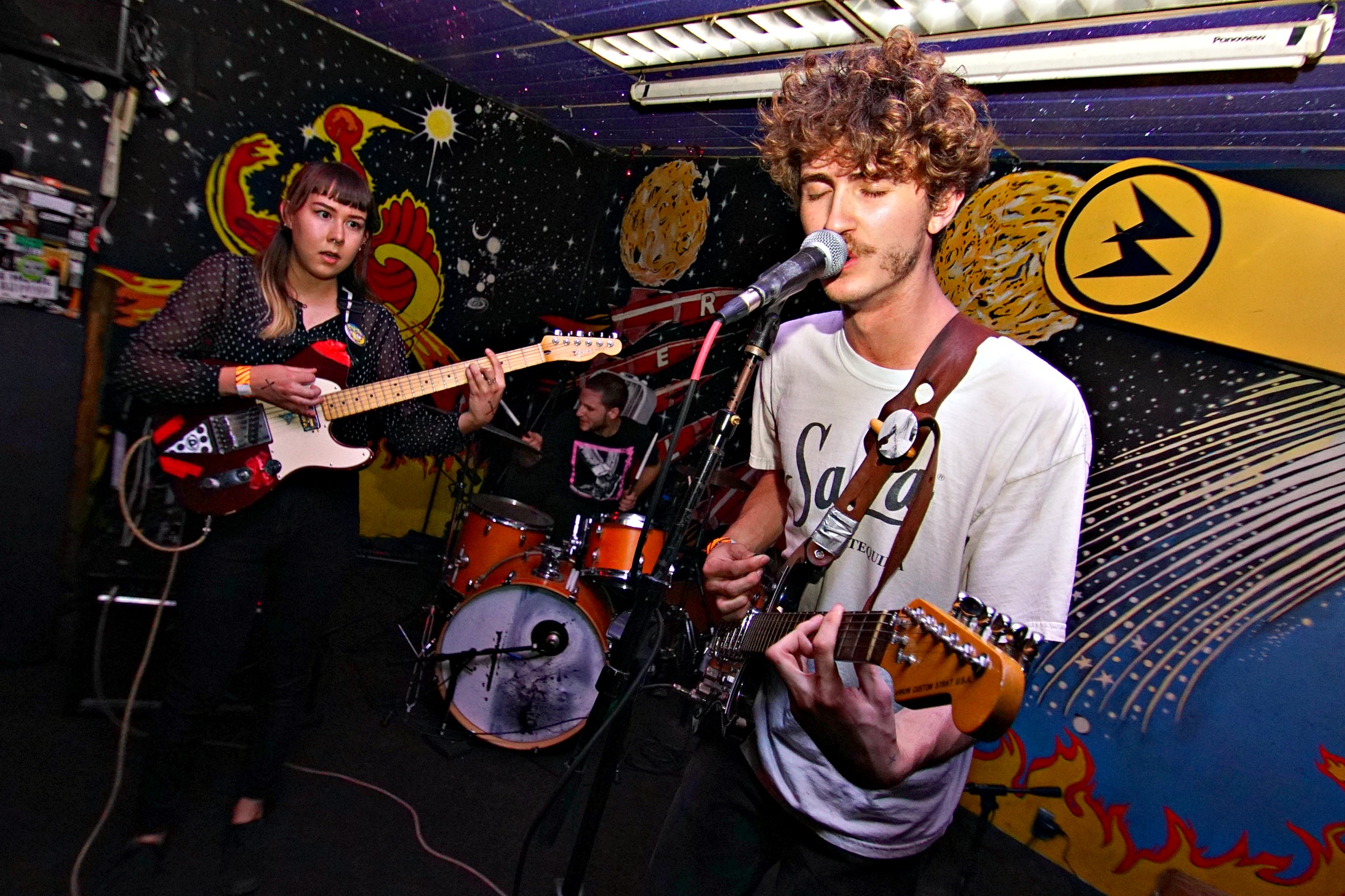 If there was a way to create a chill chaos, Innermodal has tapped into it.

The rockers have been steadily playing more shows in Lawrence, making their way through the house show scene and weeknights downtown. On Tuesday night, they opened for White Mystery at the Replay. With a sound as explosive as Innermodal’s, you kind of want them to start kicking shit over. But they stay calm, reserved. They’re harnessing their powers for good. This is their calm anarchy.

Rarely do they have vocals, and rarely do they require them. This isn’t a band that’s just fast. They tamper with tempos, building speed, escalating, then calming back down again (but just the guitars, the drums somehow get louder). Considering Caroline Roe’s intricate guitar work and the rest of the band’s garage-heavy sound, they’re going to fit right in with the rest of the rockers in LFK.