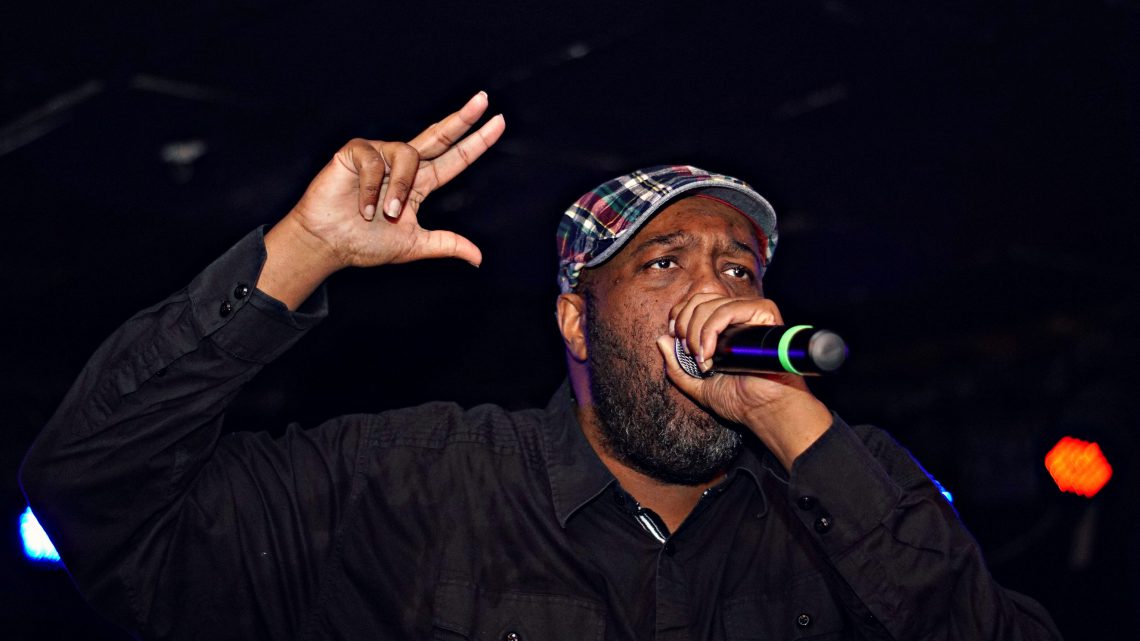 Ten minutes into Blackalicous’ Bottleneck set on Friday, it was delightfully apparent that this was the party of the night. Within moments, a once-sleepy crowd sprang into action and transformed into a singing fist-pumping dance party.

With Gift of Gab at the helm, Blackalicious was so sharp. Everything that came out of them was absolutely polished and witty. The crowd was so overjoyed and obeyed their every decree. Gift of Gab likely had the most commanding voice in Lawrence (possibly Kansas that night), and everyone obeyed. The audience chanted, they cheered, and they admired. They even, at one point, held a single sustained note for at least a minute. It was as though Blackalicious were conducting a choir (one that was surprisingly in tune).

Lateef the Truthspeaker was such a spitfire, while Gift of Gab had a powerful zen dynamic about him. They played off of each other so beautifully (and quickly), you never had a moment to catch your breath. You couldn’t even blink, because the sultan of syllables was tongue twisting rapid rhythms at the speed of light. This, essentially, is the allure of Blackalicious. But the audience, amidst a sea of tech-related distractions and an uneasy political climate, were also drawn to the genuineness of their lyrics.

Blackalicious were joined by Lushlife, a solo act with a big sound. The Philly-based artist can do a lot with very little, and touted his own attractive production behind his words. His energy was so outrageous, he even got the sleepiest attendee to pay attention (which was a feat considering the apathy level of the crowd at that point). Who wouldn’t take notice when someone as spritely as Lushlife kept hopping up to the edge of the stage, kicking his feet in the air. His energy was infectious.

Next post Watch: Molly Gene One Whoaman Band tears it up in Lawrence