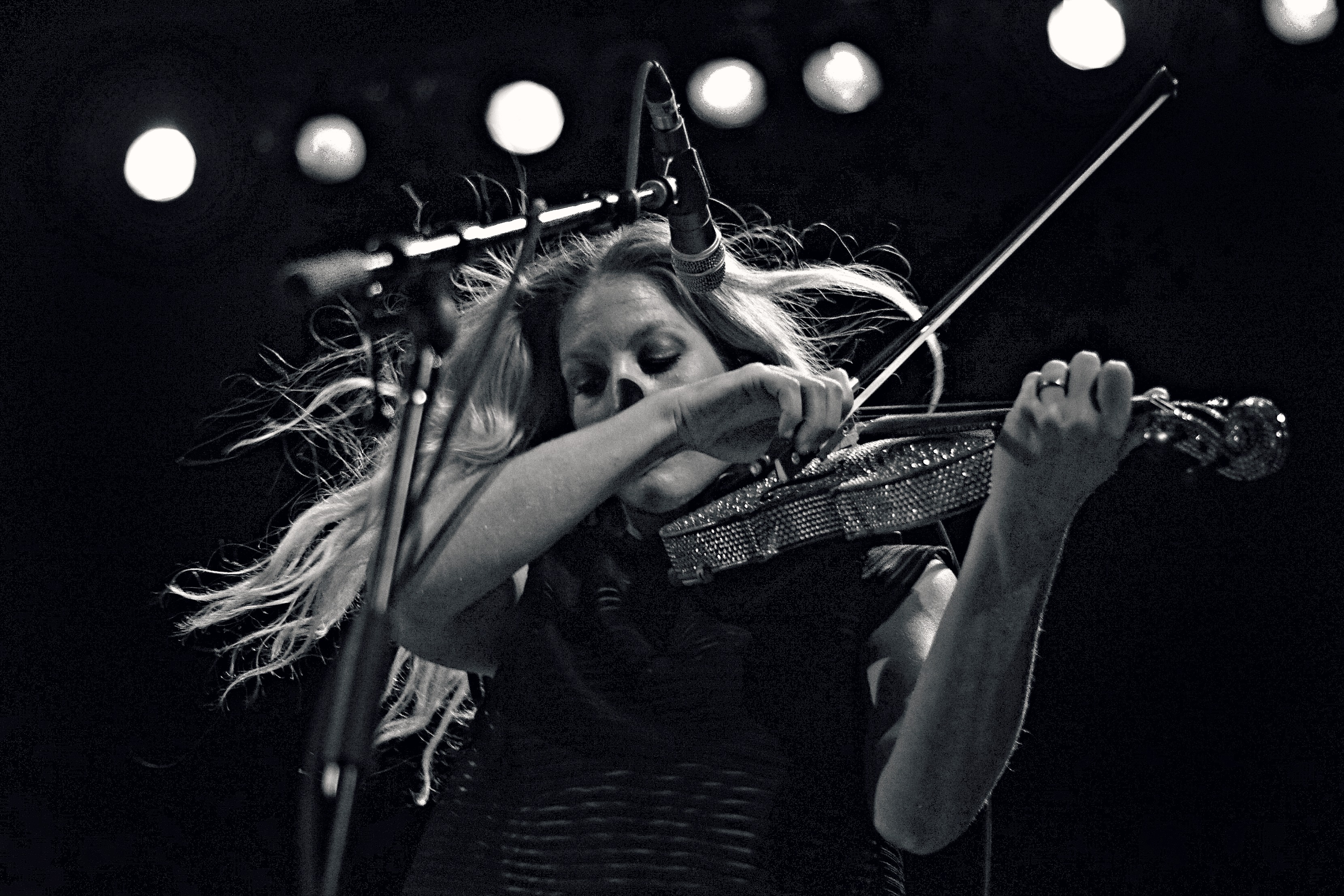 There’s something so remedying and soothing about a mid-week show, particularly when it involves a host of talented musicians (both touring and local) who are so well-versed in their craft. Such was the case when Ra Ra Riot came to Liberty Hall and brought locals Hembree along for the ride. Although it was such a disappointingly small crowd (yikes), the event was held in high regard for the few who made it out.

It is becoming apparent that Hembree are now far more comfortable in their skin than when they first started, or even just a year ago. They’ve always made music that was on the danceable, synth-driven side. But now they actually explore shimmying and scooting across the stage during their live show. Throw in some more adventurous vocals, and you’ve got a band that’s finally blossoming for the stage.

That danceable vibe didn’t slow down when Ra Ra Riot fired up their set. With a decade of experience behind them, the seasoned musicians brought a high momentum to a sleepy crowd thanks to their likable indie pop numbers. Their unique use of stringed instruments and high-pitched choruses kept the intimate crowd engaged, particularly during moments where the cello and violin (a bedazzled violin!) played off of each other. Over the last decade, many bands have tried to incorporate classical sounds into their indie style, but Ra Ra Riot’s approach stays timeless in an ever-unsettling scene of popular indie rock.

Memorable moment of the night goes to when Hembree frontman Isaac Flynn revealed that he saw Ra Ra Riot typing out their set lists on typewriters they found in the basement of Liberty Hall (which is essentially a delightful fun house for those of you who have never been there).