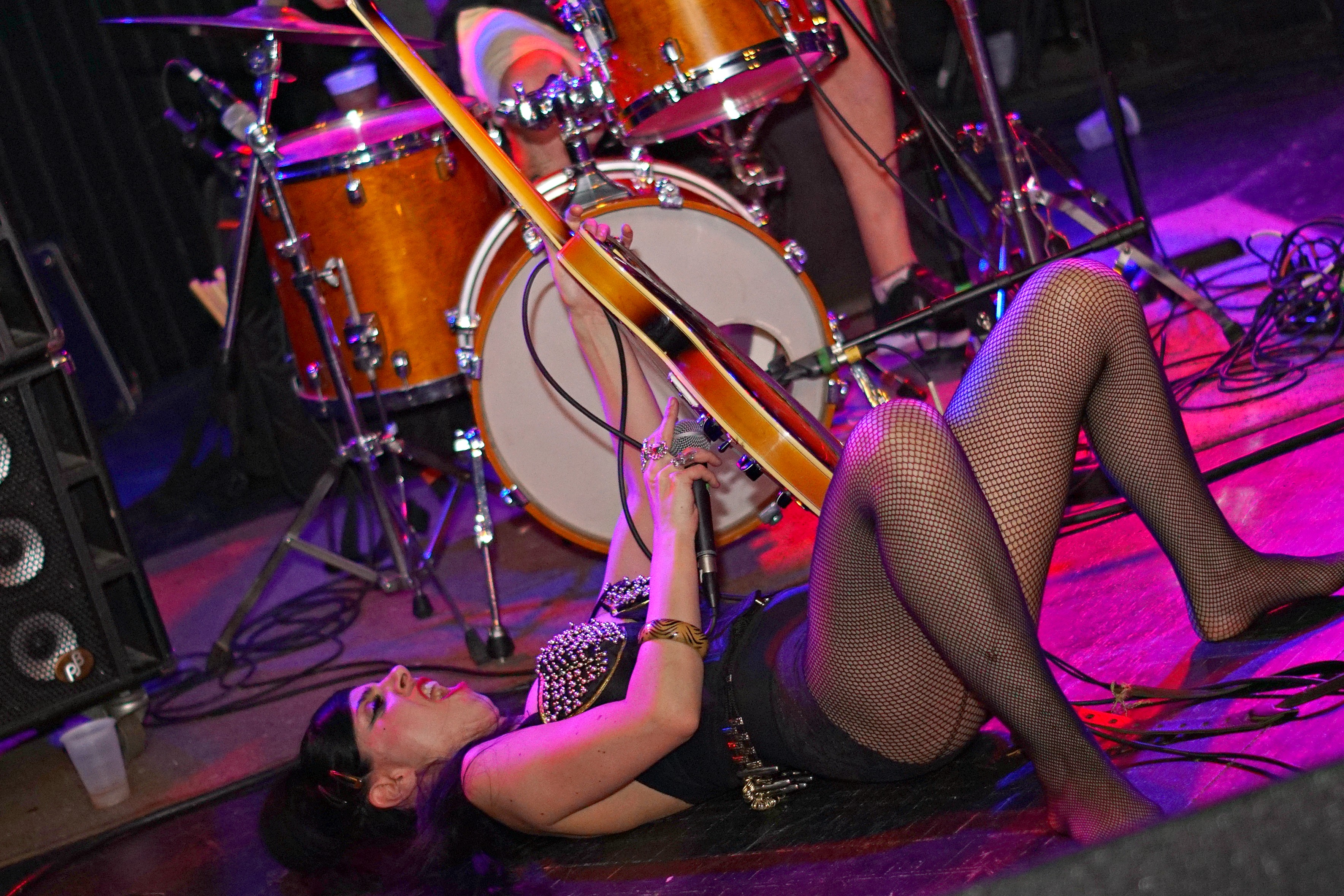 Labretta Suede is a fireball. We really couldn’t think of any other word when she stormed the Bottleneck stage Friday night with The Motel 6, where she viciously kicked her heels off her fishnet stocking-clad feet (but not before kicking the mic stand off the stage and into the audience).

From then on, it was nonstop hip-shaking, baby-making music from the New Zealand rockers. With her deep, throbbing vocals gyrating over one feisty rockabilly tune after another, Labretta Suede and the Motel 6 proved that they are (without a doubt) one of the sleeziest acts in rock and roll. Sporting bright red ip stick and alllllll the attitude, the woman is a hair flinging, lingerie-sporting rock queen. With this much flair for life, this is really the type of show where they play it loud so you can strut it proud.

Local folk rockers 40 Watt Dreams (who have a strong performance history with Labretta Suede and the Motel 6) opened up the show with songs about leaving your town, moving on, and touring. Since frontwoman Katie West is the musician who is forever on the road, her words held weight and were completely sincere. This was particularly true when she sang about her desire to return to Australia, a country she tours regularly.