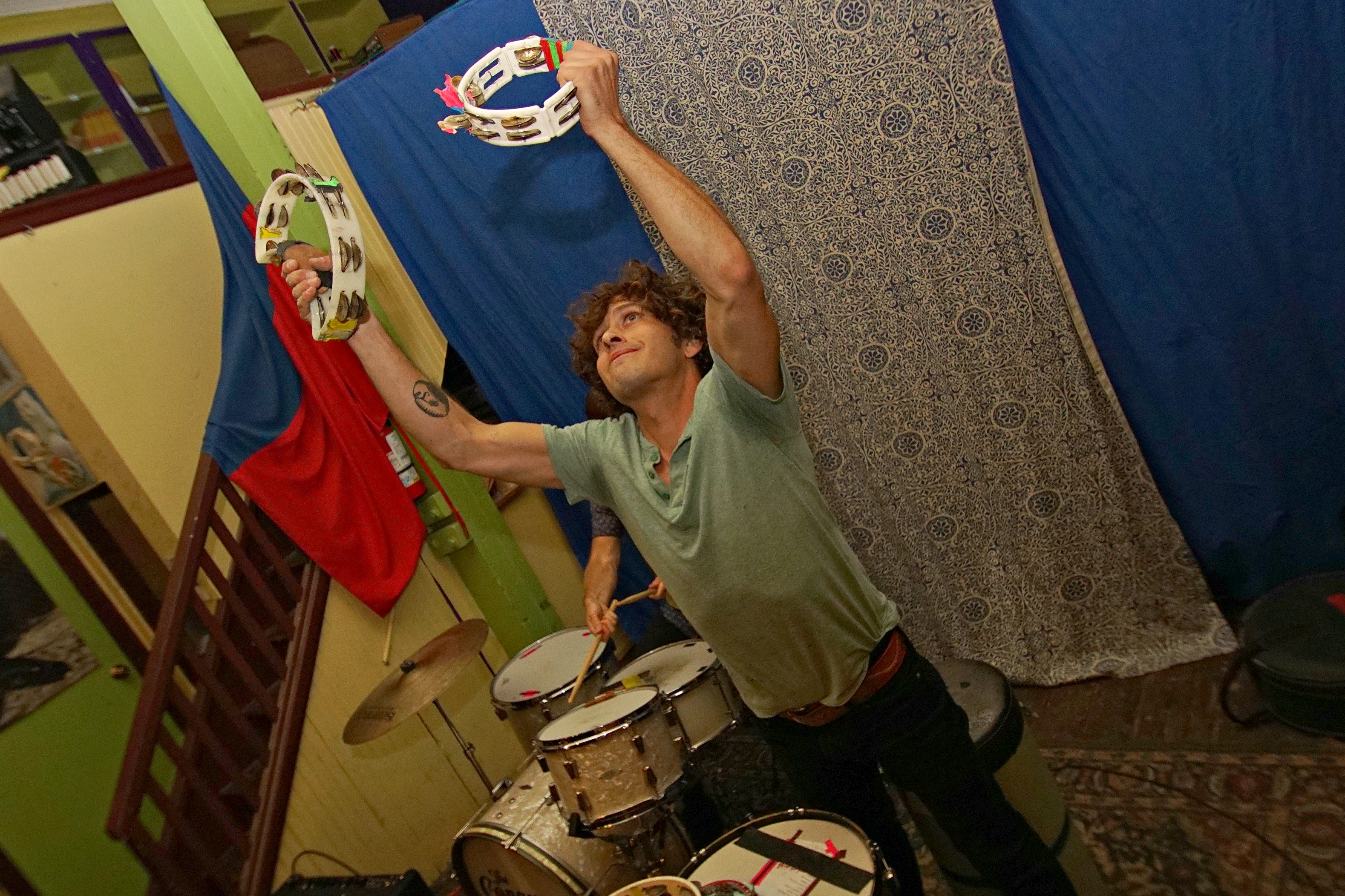 It’s a busy time for The Conquerors. They just released their long-anticipated album, Wyld Time, and will be heading out on a West Coast tour. They celebrated the release with a performance at Love Garden on Saturday, where the Kansas City band’s fondness for the Lawrence scene was oozing out in fond statements like “This is my happy place.” They brought along Toughies, who played loads of new music while the frontman sported that always-impressively versatile voice of his. Toughies’ audience continued their courtship and adoration with the band by making gaga eyes at them while they played (cell phones up, recording video), and cooed softly every time they liked a new song.

If you missed The Conquerors (and their phenomenally crafted songs from the new album), you can see them again this Saturday at the Replay.