Here’s what the kids are up to these days 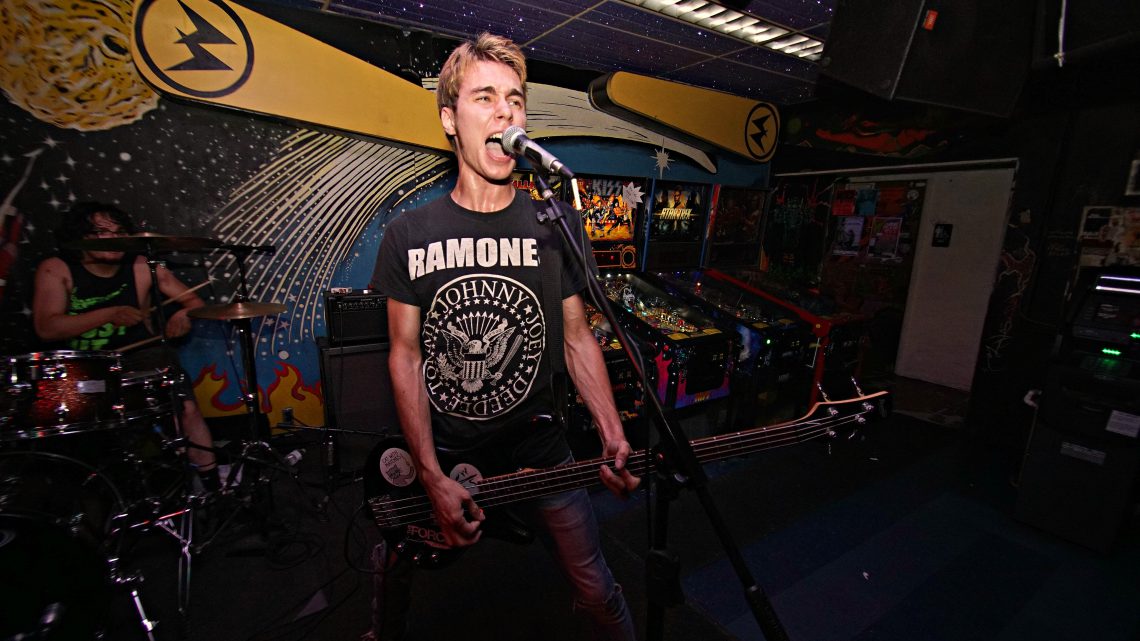 It’s that time of year when the heat is so unbearable, air conditioners tend to start going out across the city. So naturally, we headed to a swelteringly humid Replay Wednesday night to check out what the kids are doing these days (and what the scene will sound like in a couple of years).

We missed Sadisfied’s very quick set (darn!), but got a glimpse of what the future in punk and garage rock looks like. Like many of today’s newer bands (such as SWMRS, FIDLAR, and Dune Rats), today’s teen rockers are “throwing it back” to 90’s punk and grunge sounds. Think Nirvana meets Blink-182.

Alien Youth are everything you’d want in a band of scruffy teenagers. They’re unruly, fast, Descendents-worshipping animals. Oh, and they’re loud (so loud). The musicians in Alien Youth have a little more experience than their peers, having played in bands before coming together for this act. If no one had told us they were around 19, we would have never known. Because their shredding and screams come off more experienced than most musicians that age.

Don’t let the beginning of this clip fool you. They kick it into gear at about 40 seconds in: 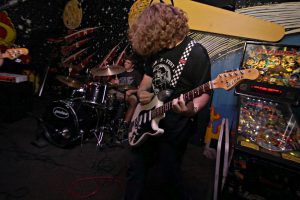 Glue Chords came off as a slightly milder version of Bummer, but with a heavy Nirvana influence on the vocals (you’ll hear it on the choruses). Just when we thought the vocalist didn’t scream enough, he laid into his roars even more.

Glue Chords are appropriately fast, but we’re willing to bet they’ll eventually play faster. They’d pair well with WIDES, Bummer, and Mace Mouth. They’ve definitely got the grunge thing down, a trait many of today’s youngest bands are familiarizing themselves with.