The best things we saw at Middle of the Map Fest

The best things we saw at Middle of the Map Fest 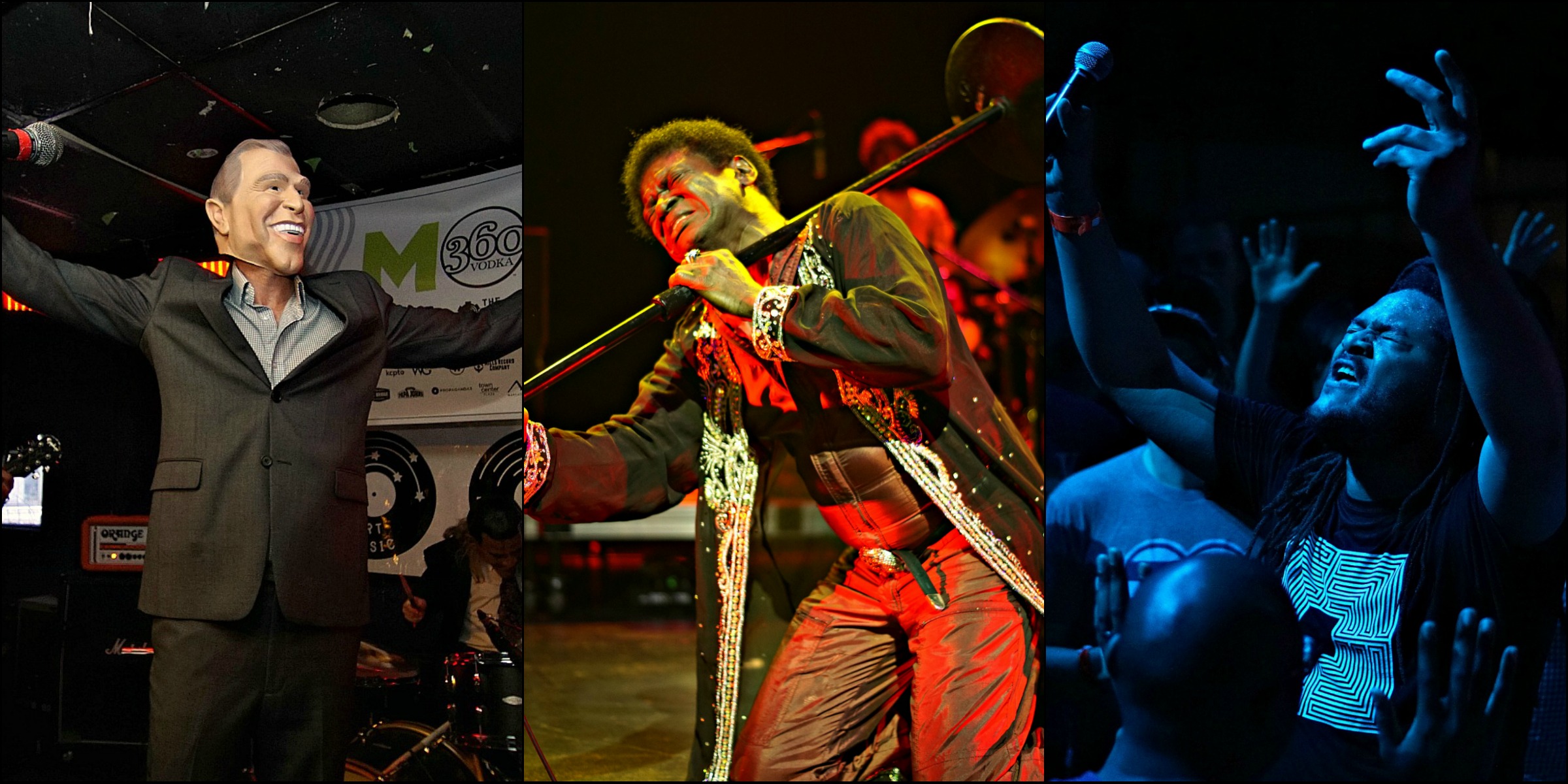 We rocked, we thrashed, we grooved, and now we’re sore. Middle of the Map Fest seemed like an even bigger feat to pull off this year. The Kansas City music festival saw big changes in venues, even moving across town halfway through the week from Westport to the Crossroads. With a lineup that was mostly local, we were disappointed to see that more local bands didn’t pull bigger stunts. A music festival is where you get to do bigger and grander things that you don’t do at your normal shows, and there wasn’t a lot of that effort from the locals. But there were definitely special moments from both touring and local acts.

Here are the best things we saw at Middle of the Map Fest this year.

Badass was in full effect with the live performance of L.A. born (and aptly named) L.A. Witch. Their haunting, Lo-fi, sludgy, “reverb-soaked punked-out rock” sound is so addictive that you’ll find yourself lost in it without any warning at all. Should you find yourself driving, windows down, along a blistering hot and deserted dirt road this summer with the wind in your hair, L.A. Witch should be the sound in your ears.

Saturday was a sweltering hot mess, and the bands that had to kick off the festival with rising temperatures and a small crowd needed to make a big impact.

Enter the People’s Punk Band. The punk rockers are already a riot, with an emphasis on their heavy stage presence. But since festivals are where you get to pull out antics you don’t normally pull at regular shows, the guys donned suits and political masks to start off their set at the Brick. We can’t quite handle seeing Trump and Palin shredding on guitar, but there it was. There wasn’t much of a crowd at that time, just a group of elderly folk enjoying their lunch. By the beginning of the set, their jaws were open. By the end of it, they were grinning wide.

Your Friend just got off a massive tour across the country, and appeared sans backing band at the festival. Since this is the way we got familiar with Taryn Blake Miller in her early days, alone and surrounded by her loops, this was absolutely precious and just the way we like it. We’re fond of musicians who can do it alone, and tend to scoff when too many people hop onto the project. So watching Miller stand solo at the stage and face her fans alone shows a lot of strength. It conjured up fond memories of her first shows, and we hope she’ll consider the solo work again.

The Westport Saloon is a phenomenal resource for bluegrass musicians. Perhaps this is why they felt so at home there during the festival. The friendly venue sported nothing more than a small corner for the bands, but it’s one they happily took to for their performances time and again. The space was never so small that it couldn’t fit all the bass tricks we saw. Cowgirl’s Train Set’s bassist got parallel with the floor with his, while Julian Davis and the Hayburners’ bassist went surfing. Everything that went down at Westport Saloon was nothing short of thrilling, and part of that was due to the physical skill the bassists brought to the show.

Without a doubt, Ebony Tusks will go down as one of Topeka/Lawrence/Kansas City’s greatest performers in our lifetime. Every single show is special and promises something different. When the hip hop trio opened for Vince Staples, they pulled out all the stops. Marty Hillard isn’t used to being limited to a stage, and didn’t let a set at The Midland stop him. He dove off the stage, jumped into the crowd, and performed songs on the floor surrounded by his fans, his peers, and fellow rappers. Ebony Tusks is an emotional and real experience that leaves you with something you can hold onto. Yes, you’ll be entertained. But don’t be surprised if you leave an Ebony Tusks show with something to chew on as well.

If you stopped by Californos on Wednesday, you likely saw a large crowd huddled inside, many crowding on the floor around the stage, with eyes wide and doting on Krystle Warren. The adoration is completely warranted, as the Kansas City songwriter delivered what ended up being many fans’ favorite set of the festival.

The key to Warren’s music is that she let it breathe. She let the music take control, put the tempo in the driver’s seat. It was beautiful, organic, and the most real thing you could’ve touched that night. With her fingers slowly plucking away at the bass (remember, the tempo has control here), her deep, sultry voice and layered vocals filled the room. In addition to her completely charming personality, Warren was fairly political, discussing gentrification, race, and “other party topics” during her songs.

By far the absolute fondest moment of the festival went to Charles Bradley, the proper King of the night who took his place at the throne onstage, bedazzled from head to toe (he even had a robe!).

“You wanna go to church?!” Charles Bradley asked the doting fans at the Midland Saturday night. He was met with a resounding cheer. At a time when our musical icons are dying off and our future is uncertain, a sermon from Mr. Bradley is just what we needed. It was bursting at the seams with comfort, hope, humility, and gumption— and he did it all while dancing. “We gotta change our future! We gotta make it right all over the land!” he preached from the stage, warning his followers with tales of greed and fear.

Charles Bradley really is the Screaming Eagle of Soul— and if you were lucky enough to hear his call, he helped you reflect on your own.