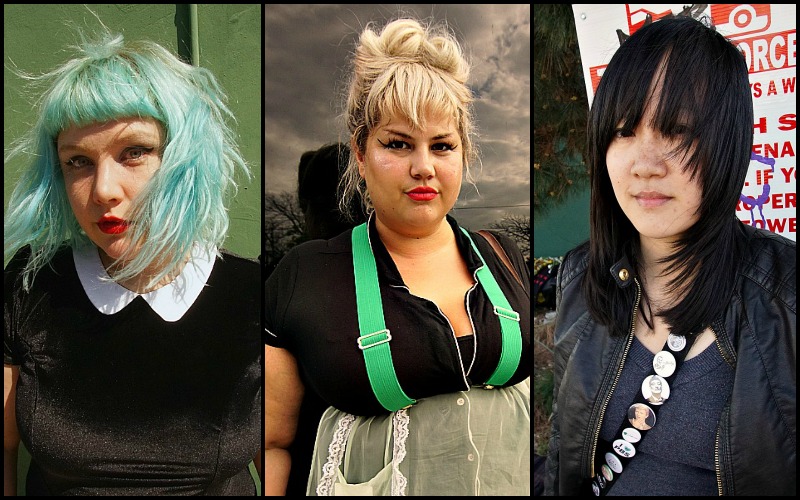 As if it weren’t already hard enough to work as a musician, women have added prejudices working against them. Kesha, Bjork, and Best Coast’s Bethany Cosentino have all recently been in the public eye and spoken out against sexism in the industry.

As long as the Heathcliff Berrus of the world remain in the scene, women in music have to take more risks and suffer stronger consequences. But, as “The Unbreakable Kimmy Schmidt” points out, “females are strong as hell.” Perhaps this is why the musicians we talked to in this article were more than happy to lend their life experiences in a showing of support towards their fellow woman.

We talked to four experienced rockers from various parts of the country. Here are their takes on what they’ve learned as a woman working in live music.

Band: Shannon and the Clams 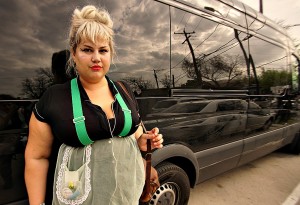 Who is a woman’s best friend in live music?
“For me, it’s the band. Because the dynamic is really essential for me to be able to perform explosively.”

“I just wish I knew for sure that i could do it, and to not take shit from anybody. That’s it, I wish I knew when I first started playing music to not put up with any put downs or sexual harassment or any kind of mental abuse from people trying to minimize what you’re doing or make you feel bad for what you’re trying to do. I feel like that happened to me a lot when I first started playing. A lot of people didn’t take me seriously. I didn’t even take myself seriously. There’s a lot of nasty predators in the rock and roll world, famous ones, that definitely love to nag women that are trying to play music. I guess it’s really good to know that you should always speak up. You should always speak out. You should always tell every single person who the person is that messed with you. That’s something I really wish I did when i started out.” 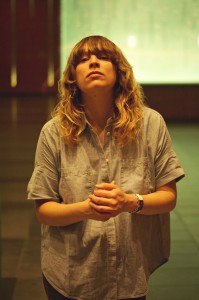 Who is a woman’s best friend in live music?

“Herself. You gotta rely on yourself no matter who you are, man or woman. You can only go as far as you push yourself to go.”

“I wish I knew that I was young when I was younger. I had no idea. I just wanted to race to be an adult, to know more than I should at that age. I wish I knew how young and adorable, and somewhat dumb and innocent, I was at the time. I would have gone a lot easier on myself.”

“The audience can be seen. When they can see each other’s faces, that is the best show.” 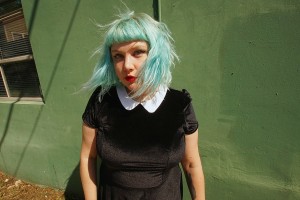 Who is a woman’s best friend in live music?

“Other women. We just know what it’s like to be in the music scene, we know the hardships we can go through, possibly dealing with sound people, venue people, people in the music scene that are oldschool in the way they think about women. So, other women, we can bond and understand each other.”

“When I was starting out, I was very self conscious, I had problems with body issues. I just wish I would have not cared like I do now.”

“Everyone is shredding and on the ground, and sweating and covered in beer.” 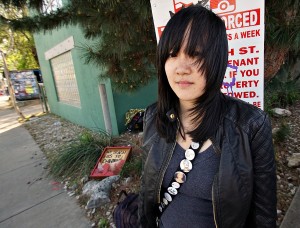 Band: The Philistines / Chris Meck and the Guilty Birds

Who, or what, is a woman’s best friend in live music?

“Being a good musician, knowing your shit. Being able to bring that wherever you go and have an even playing field with everybody else. When you step onto a stage, you’re going to be seen as a woman before you’re seen as a musician, so you need to know your shit.”

“I wish I knew that I could just stand on my own as a musician instead of having to prove myself. I guess you do have to prove yourself as a woman, but having the style and the technique and the abilities, it surpasses any of the other bullshit you have to go through. Once people see you have abilities and can stand on your own, that’s really all that matters.”

“The best live shows are the ones where you have a captive audience.”