Freight Train Rabbit Killer is the stuff of nightmares

Freight Train Rabbit Killer is the stuff of nightmares 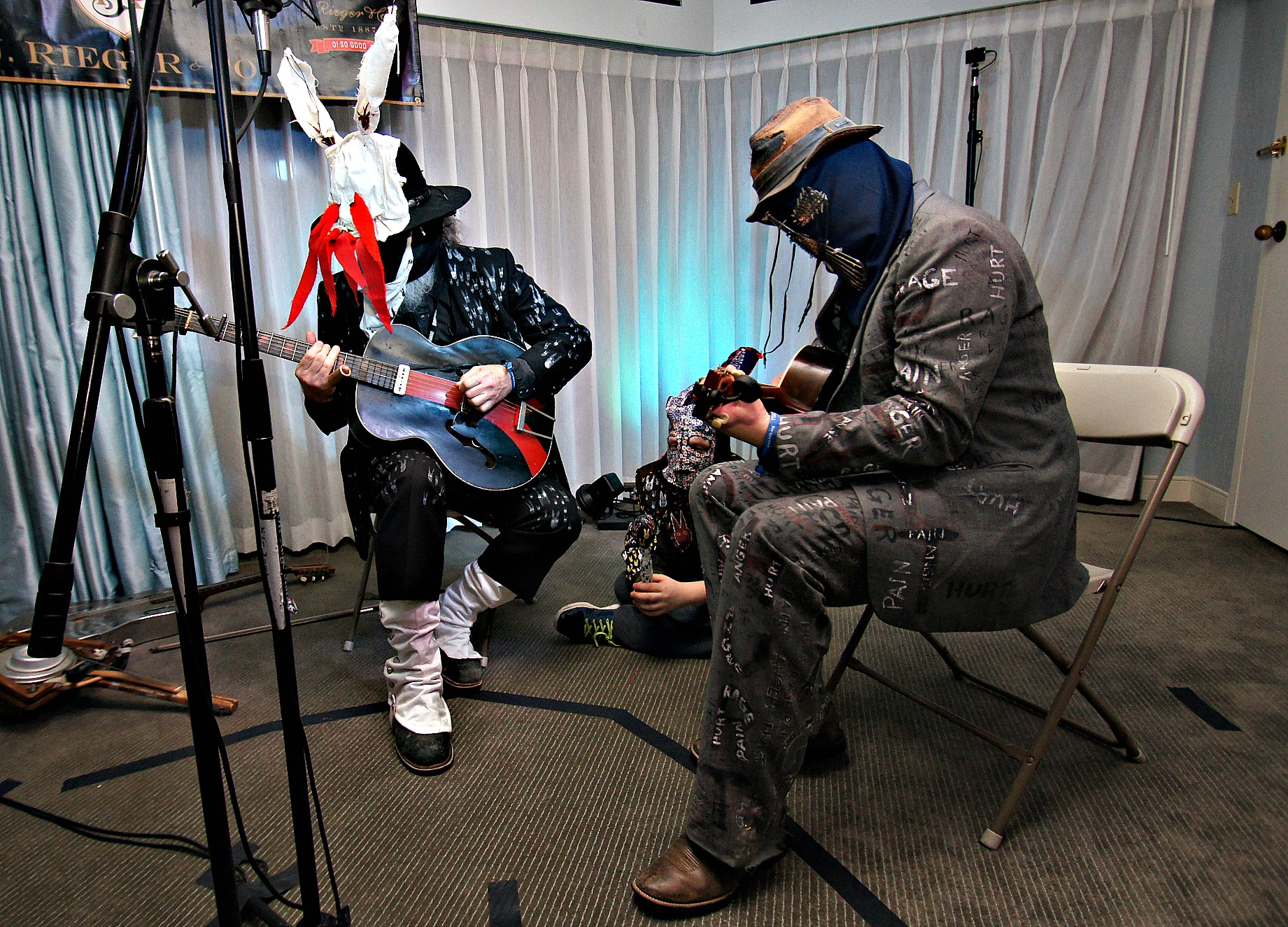 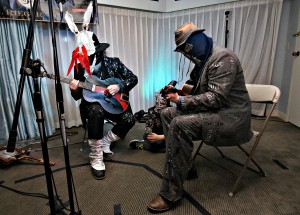 The nice thing about the Folk Alliance is that it extended to every subgenre possible in folk music. Irish folk, Swedish folk, speed metal bluegrass (as we heard one volunteer comment).

We’re still feeling a little unsettled after their Saturday performance at the festival. We had been warned about this Kansas City-based act, but there was no way we could have been prepared. 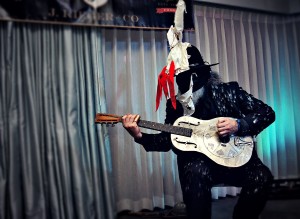 Freight Train Rabbit Killer is the stuff nightmares are made of. There are two main guys in this act– donning only the most terrifying rabbit-themed getups– then there’s a smaller bunny in between them randomly shaking a percussion instrument. Freight Train Rabbit Killer uses instruments that look a little beat up, pieced together, and rough around the edges (much like the musicians themselves). But the most impressive instruments are their vocals. In their set, we were treated to maniacal laughing, wheezing, and some sort of throat noise that sounded like screeching metal. It was really every sound effect you could come up with for a horror film (or the soundtrack to a Quentin Tarantino film).

Have you ever been on a bad acid trip to Stull Cemetery? Maybe under a full moon or on a Friday the 13th? This is what it felt like.