Photo Gallery: Arc Flash / The Sluts / Cucumber and the Suntans 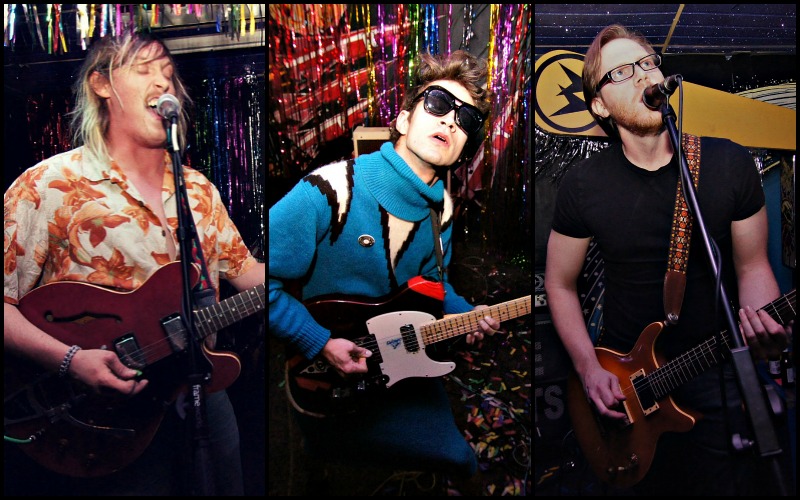 Everything about Saturday night’s show at the Replay felt just right. The night before saw several splendid shows across Lawrence, ranging from bluegrass to doo-wop. But there was very little in the way of down-to-the-core rock bands. So Saturday night’s foolproof lineup at the Replay assured music lovers in Lawrence that sublime night of rock and roll awaited them. 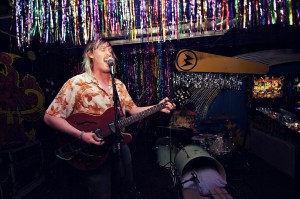 If you like weirdo bands that make you legitimately wonder if you’re on acid, then you’ll positively adore Cucumber and the Suntans. The Tulsa rockers looked like they rolled straight out of the Burger Records bed. Their tunes are slightly psychedelic but heavy on the guitar rock and can crescendo to an ever-so-likable boogie-worthy beat. This is the band you’ll want to sway your hips to all night long. The frontman is a hilarious babbler full of in-between-song banter that felt more like a standup comedy hour and had the place in stitches (part of this is due to his uniquely raspy voice and inflection). It’s safe to say Cucumber and the Suntans (who also sometimes perform as Who & The Fucks) is one of the squirreliest bands in the nation.

Interesting note: The guitarist only leaves four strings on his guitar when he plays. Seriously, are we on acid? 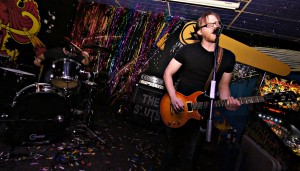 It’s no surprise that by now, we’re running into several first-time Sluts fans. By this we mean revelers who don’t always find themselves watching local bands, but for some reason word of The Sluts reached them in such a fond way that they decided to give the local music scene a try. It paid off well for both new and established fans. The Sluts played their regular hits with impeccable skill, and even debuted a new song that would have 90’s-era Bush and Nirvana fans swooning. 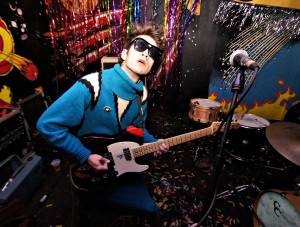 It’s hard not to get sentimental when remembering where Arc Flash was a year ago. Playing to an audience of less than five people, discovering their musical identity, and trying to win over fans were all goals the Space Punks (a genre they may as well have created) were putting into practice. 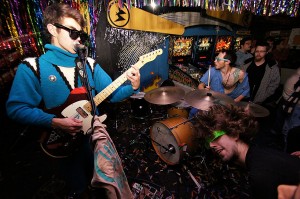 Since then, the songs have nearly tripled in speed and embedded themselves favorably in all sorts of fans of the band (we’ll call them Flashers from here on). An Arc Flash set a year ago was unique and interesting. An Arc Flash set today is a wild experience that has Flashers overwhelmed with stimulation and a sense of joy that leaves them feeling lightheaded. The titillation Arc Flash produces is a driving force, a steady beat that throbs inside the groins of each and every Flasher. These fans literally place their bodies as close to the band as possible, leaning over the stage, hovering over the drummer, and reaching out to the guitarist. The fandom and excitement surrounding Arc Flash stretches from Lawrence to Kansas City (and some of Topeka), and has actually been well-established in those cities since the Spring. When you think about how far Arc Flash has come in their music– as well as their performance– since last winter, the idea of what they could accomplish by Spring leaves our heads spinning.