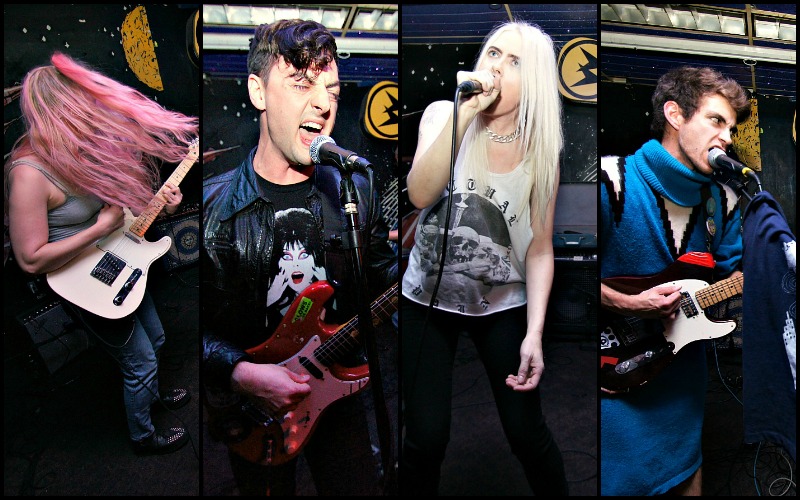 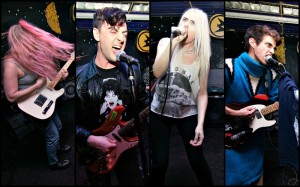 Because Mark Osman doesn’t have enough jobs, he (once again) popped up in a brand new band over the weekend. This time, he sat in with Leggy at the Replay Friday night. The Cincinatti band delighted with their rowdy brand of punk that served as a viciously fast start to a night full of loud and speedy bands.

Osman kept at it when Arc Flash (his main gig at the moment) took the stage after Leggy. Both bands are currently touring together, and played right as the Royals won the game that would send them to the World Series. This meant the game was projected onto the wall and the band while they played, resulting in a few middle fingers and scoffs from music fans and musicians who don’t quite care for sports ball. With each passing show from the notoriously wild band, frontman James Thomblison loses his mind a little more. This show was no different, as Thomblison threw himself down on the floor, banged his head on the cymbals, and continued to not entirely wear both of his shoes.

My Gold Mask is a darling little synth pop band out of Chicago full of unforgettably catchy hooks. They’re one of the few electronic acts that can pull off mixing synthetic and organic sounds at the same time. This meant the percussionist beat on a drum while simultaneously hitting a drum pad. The singer had endless personality and pranced about the stage while occasionally tweaking and twisting knobs to keep those electronic sounds going. 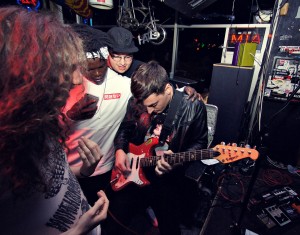 The Wheelers are so fucking loud. So. Fucking. Loud. The band used to live in Kansas City, but has since moved on to Iowa. But somehow, the fan base here has grown, so they were overjoyed to see the rowdy rockers return to the Replay. As a reward, the band’s very expressive and wild-eyed frontman jumped into the crowd to rock out with them. No one screams as consistently as this guy without getting hoarse. The magnitude and repetitiveness of his growls and squeals is impressive alone. Add in a band that produces nothing but noisy, crunchy rock and you’ve got a memorable act that can’t help but grow a fan base.

Watch: Vehicles at the Jazzhaus