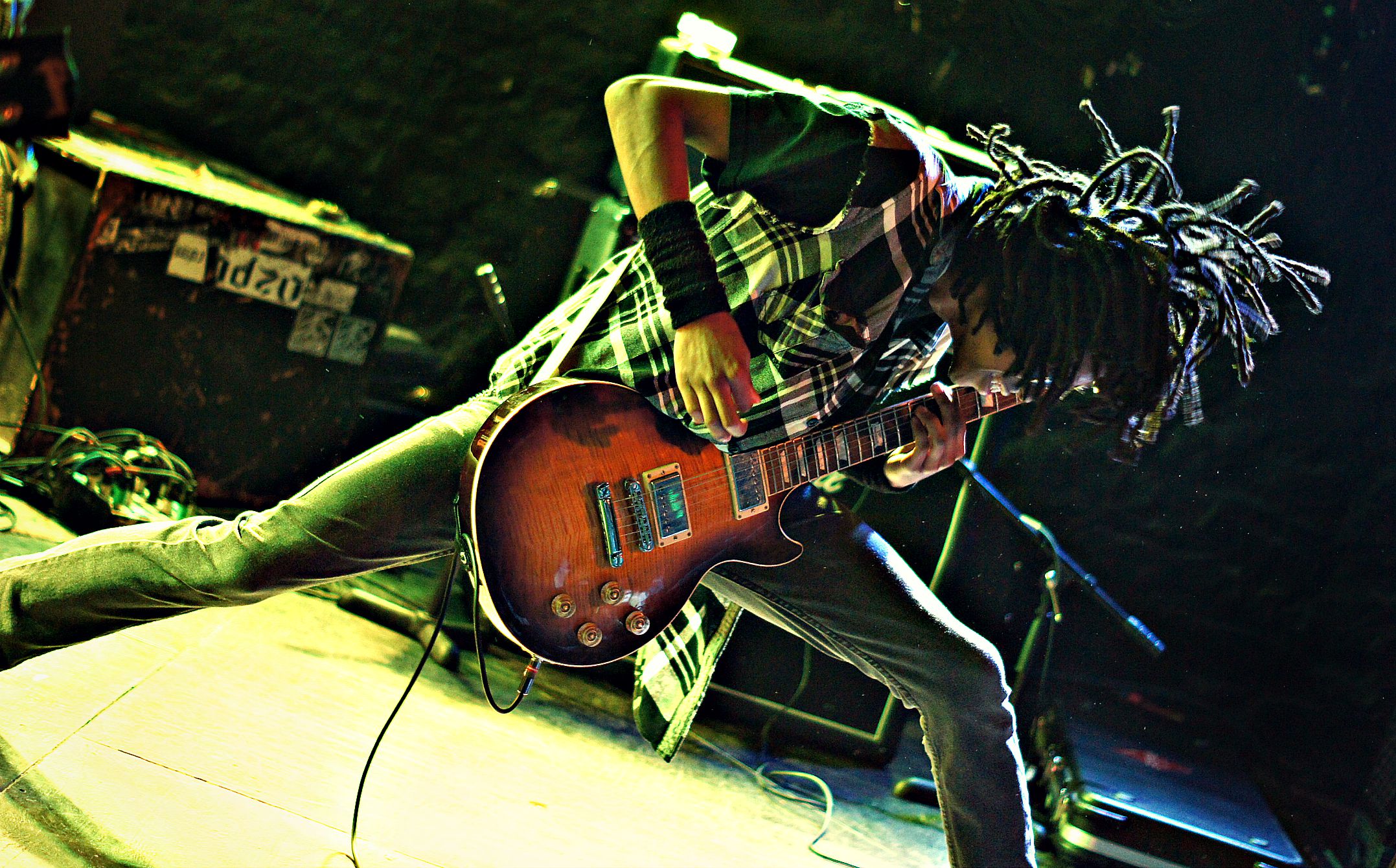 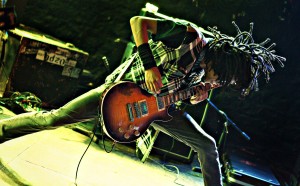 Friday was one for the books at the Bottleneck.

Radkey, a band of brothers that got their start years ago in Lawrence when they couldn’t book shows anywhere else, returned to the city full of LFK love. This was a special night for Lawrencians because the band’s popularity has grown so much that they had to move up to a stage the size of the Bottleneck’s. Turns out, this was a special night for Radkey (who have since moved to Kansas City) as well. After years of touring the world and playing famous festivals, they’re finally out on their first headlining tour in North America.

They didn’t come empty-handed, arriving with loads of new music off their new album and a well thought-out performance. Radkey doesn’t mess around. It takes all but two minutes to come out and set their pedals onstage and check their mics. Then, they immediately dive into the rock, interjecting only to make comic book references now and again. 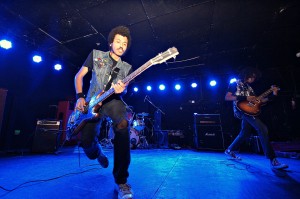 Radkey is a band that grew up on Lawrence music, and in return many of the local musicians they love came out to support them. This resulted in a hodgepodge of rockers in the audience, gleefully recounting former bands and past shows while sipping their drinks and nodding their heads approvingly to the music. With every return to Lawrence for a show, Radkey’s stage presence grows more impressive. Drummer Solomon bangs the drums a little faster, bassist Isaiah sprints back and forth across the stage a little wilder, and guitarist Dee’s backbends and splits get a little deeper. In essence, the town of Lawrence is watching this band grow up right before their very eyes. But you can’t get too emotional about it yet, because you know they’ve got an even wilder journey ahead. 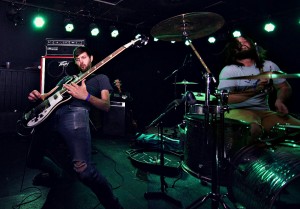 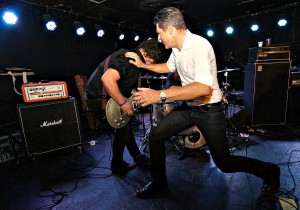 The People’s Punk Band, one of the most unruly acts in town right now, opened up the night. This band will not only thrash with you, they’ll thrash with each other. We don’t know how the hell this is even possible, but somehow they’ve grown even more menacing on this bigger stage. Between the glorious hair of the steady drummer and the guitarist stomping back and forth across the stage, there’s no reason anyone can’t enjoy this classic sound from a classic band.