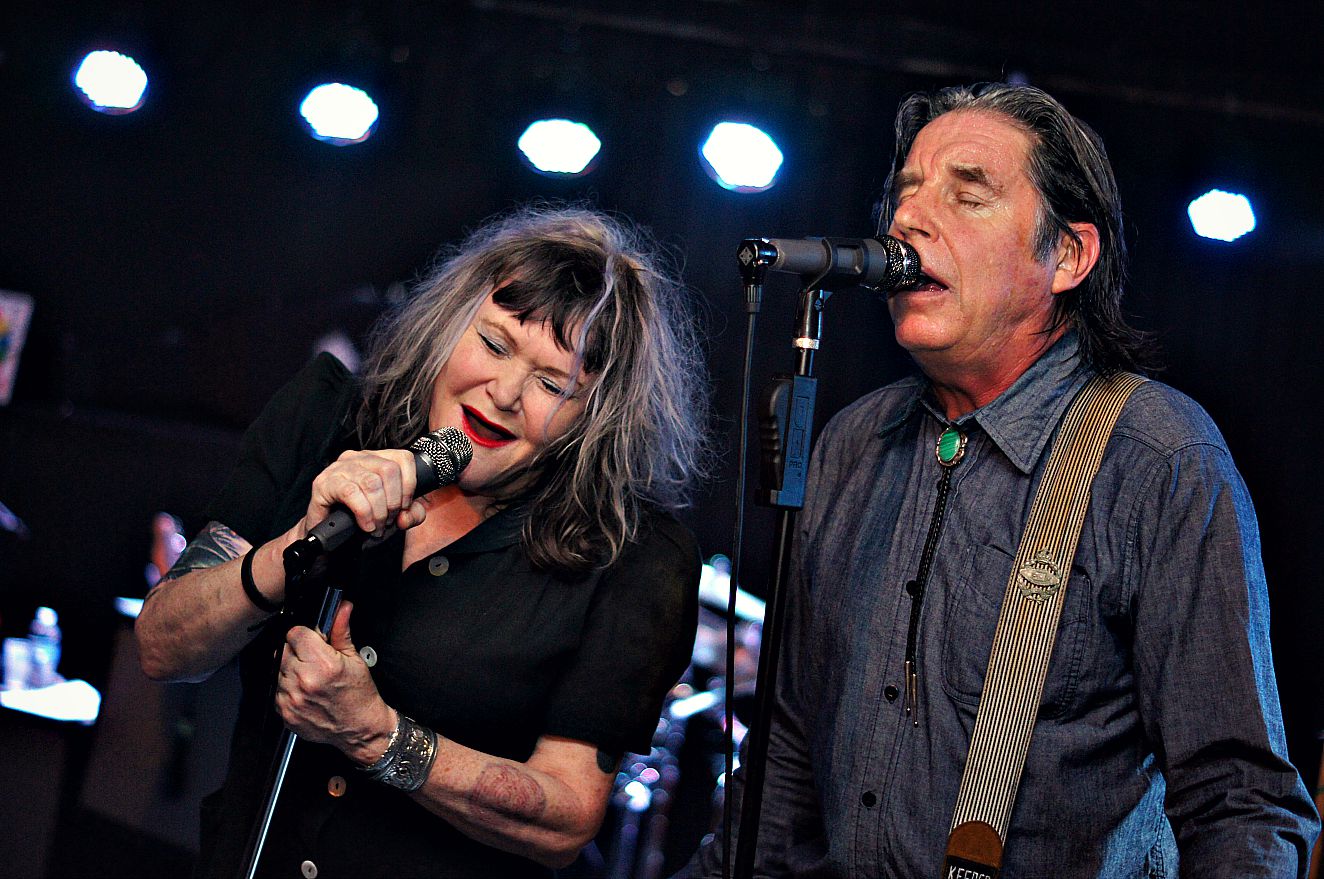 You can’t get through a single season in Lawrence without some sort of punk rock legends rolling through.

On the first day of September, Lawrencians packed the Bottleneck to catch X deliver a lively set. The band was sans a member, Billy Zoom, who is currently receiving treatment for cancer. “We’ll send him your regards!” John Doe assured the audience before diving into more fan favorites, with the powerful Exene Cervenka on the mic showing off that powerful and wailing voice of hers. The band was well-received by an eclectic crowd featuring a wide range of fans, and deserving of all the praise that came their way thanks to the momentum they propelled through the end of the night.

The band was also joined by Dead Rock West, a band that’s a little bit country, a little bit rock and roll, but completely likable thanks to their charming harmonies over an acoustic guitar.

Watch: La Guerre at the Bottleneck