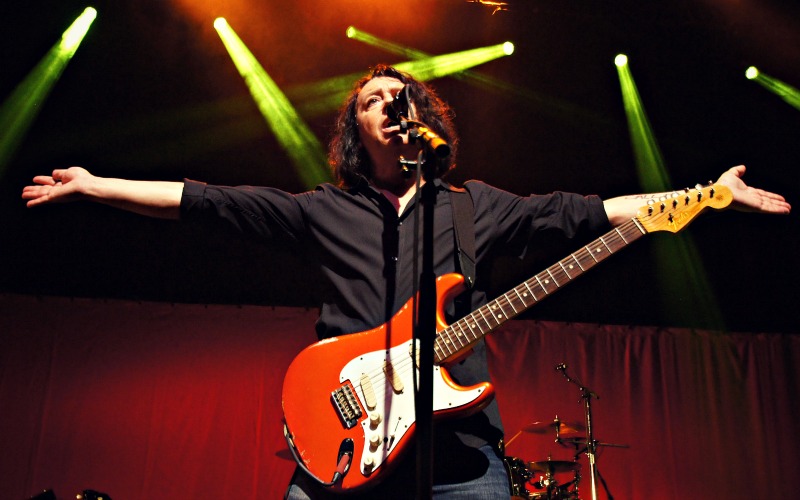 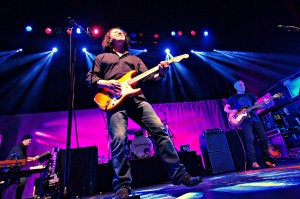 It started with that unmistakeable riff, the opening notes to “Everybody Wants To Rule The World.” That handful of notes signaled the beginning of a two-hour love affair between The Uptown Theater and Tears for Fears.

The iconic band brought their new wave and 80’s pop sound in foolproof form to Kansas City, one of the few stops offered up in their 2015 tour, on Monday night. There wasn’t a single misstep as Roland Orzabal and Curt Smith hit all the fan favorites, ranging from The Hurting, across Songs From The Big Chair, through The Seeds of Love, and even touching on their post 80’s masterpiece, Everybody Loves A Happy Ending. A song from Elemental, “Break It Down Again,” also made an appearance. Defying any signs of aging, Orzabal nailed those falsettos while taking a turn at the mic with Smith. Much to the delight of their fans, Orzabal is still a bit of a showman, thrusting his arms freely into the air while occasionally whipping his long mane back behind him. 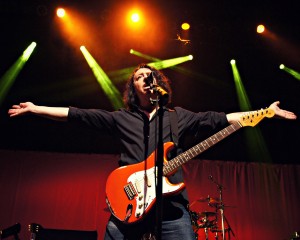 This show sold out fairly quickly, with seats in the front row pushed up right to the front of the stage. The audience was filled with surprisingly good singers, and they happily harmonized along to several songs at the end. When Tears For Fears dived into “Advice For The Young At Heart,” the venue fired up their notably large disco ball and covered every fan and surface of the venue in twinkling light. Considering the song, it was was fairly romantic.

Although the band stuck to the big hits, they did indulge in a cover of Radiohead’s “Creep.” This was quite possibly the smoothest rendition we’ve heard of the song, and the audience naturally sang along. On this tour, Tears For Fears were joined by singer/songwriter Carina Round, who not only opened up the show with nothing more than a guitar and her strikingly prominent charm, but also joined the band onstage as a backup singer. Thanks to her lively stage presence and powerful voice, she almost felt like a third member of the band. She really got to flex her vocal muscles on “Badman’s Song,” where her heavy-duty wails made you really appreciate just how impeccable the sound at the Uptown was that night. 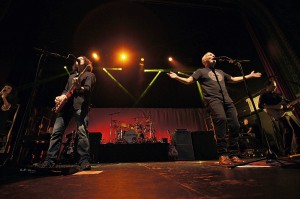 The band ended their set before the encore with one of their most recognizable numbers, “Head Over Heels.” When Orzabal belted out “This is my four leaf clover,” much of the audience held up four fingers, pumping their hands towards the general direction of the stage. When he got to the final line, it was the audience who finished out the last two words of the song (“Time Flies”), while Orzabal leaned his head back, closed his eyes, and took it all in as a giant smile spread across his face. Tears For Fears encored with “Woman In Chains” and “Shout,” and by that time the audience chorus was in full swing, the lights were shooting into the crowd, and fans got to experience the superb songwriting splendor shared between Orzabal and Smith.