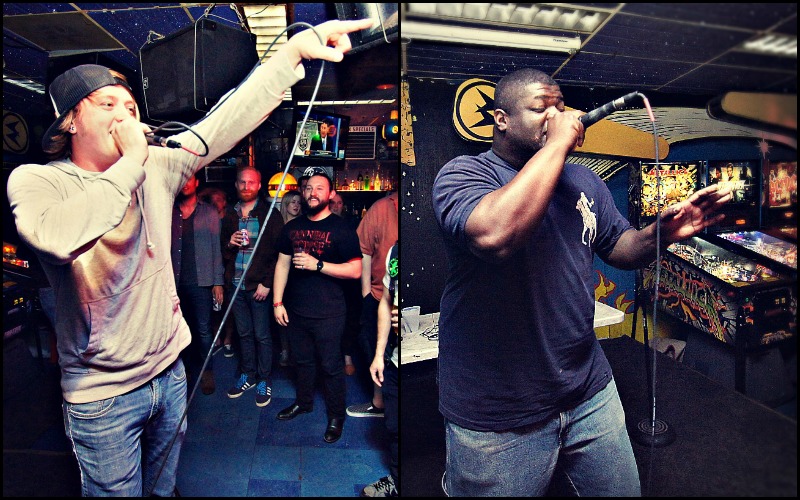 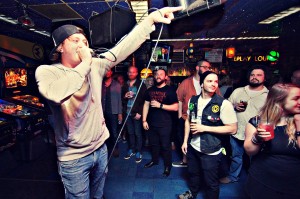 Lawrence tends to have a problem with recognizing the local hip hop community. It’s there, but not getting the same recognition it did a decade ago.

If you can’t name more than one local rapper, the Replay would have been a good place to start on Thursday. A trio of locals came together to spit out all the thoughts and feelings swirling around in their heads through a series of poetic verses.

The night served as a kickoff show to start Left E. Grove and Ajay’s tour through the Midwest. Ajay is the type of person who will go on and on about all the Lawrence bands and musicians he likes, but will never say a word about himself… unless he’s onstage.

Ajay’s lyrics are very personal. “I like to do things a little differently,” he warned the audience at the start of his set. “I don’t talk about ladies. I like to tell stories about my life when I was 18. Then I plummet, then I come back out on positivity.” Ajay has serious hometown pride, but also likes to focus on personal struggle in his lyrics (anything from the way he treats his girlfriend to struggling with drug use). “I’m not a rapper, but a lyricist,” he humbly rhymes. “And I speak from the heart like where Kansas is.” 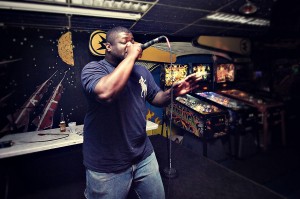 Left E. Grove is also someone who keeps it very personal onstage. With his feet planted promptly in a power stance, his shoulders will dip with the music… not suddenly, but like a soft, rolling ocean. He gave a bit of foreshadowing of the deep thoughts over dark beats he was about to bring out. “I’ve got a lot to say, and when I don’t try, it’ll be the day I cry.”

Left E. Grove really doesn’t miss a single step during a performance. With his eyes squeezed shut tightly in concentration, the words flow out of him like waves. His songs are different in the sense that they tend to have fairly catchy choruses, a couple of lines he’ll repeat so that they stick. We imagine that both Left E. Grove and Ajay will tour well together, thanks to their retrospective demeanors onstage. 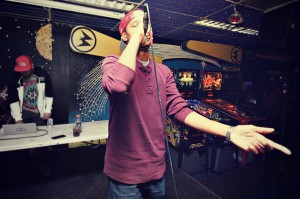 Mista Excel started the night off with a very smooth voice, and just a smidgen of attitude laced with cheeky remarks and local pride. It’s important to note that most of the performers on this night had strong Wichita ties, but still bring their talent to Lawrence stages.

The Replay dances in the rain on Mother's Day