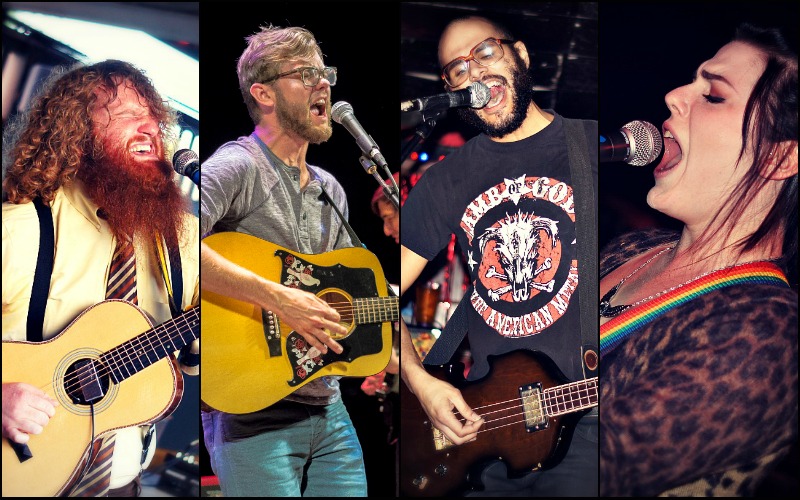 We don’t believe in making year-end “best of” lists because, quite frankly, they’re rude. It’s rude to compare bands against one another, because achievements come in various forms. So rather than naming “the best” of 2014, here are a few acts to keep on your radar in 2015. 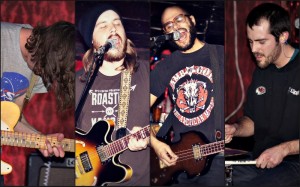 Westerners are about to have a phenomenal year. They’ve certainly put in their time, playing a wide array of shows in 2014. We’ve mentioned this before, but this is a band that is up for anything. They’ll headline or open a show, it doesn’t matter to them. They’ve also made a point to watch their peers, and that speaks volumes of a band. They recently joined The Record Machine in Kansas City, and have their sights set on touring. Our guess is by the summer, they’ll have a pretty large following here in Lawrence. 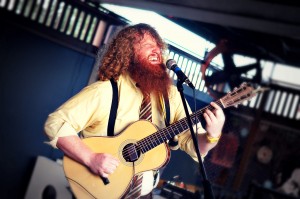 At this point, if you have not at least heard of Nicholas Saint James, you are a dummy or have been living under a rock. The jolly elf is unmistakeable, and you can spot his strictly-yellow palette and heavy-duty locks from a mile away. But it’s his larger-than-life stage personality that will really lure you in (and then punch you in the gut with those heartbreaking lyrics). Often times, he performs solo. But we’ve seen him perform with a wide variety of musicians, as well as sharing the stage with various genres in town. Between tours, new music, and the overall exquisite camaraderie this gentleman brings along, we suspect everyone will know (and want to know) Nicholas St. James by the Spring. 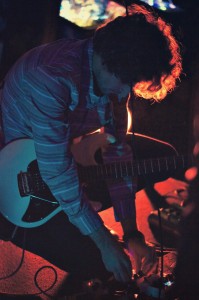 No Cave is another one of those bands that put a lot of love into the scene by attending every show possible. In return, the scene showed this act a lot of love when they finally hit the stage. No Cave is (yet another) fantastic act born out of the SeedCo collective. With heavy psychedelic and rock influences perfected to a science, we see No Cave blazing through the year with endless shows and heavy attendance. 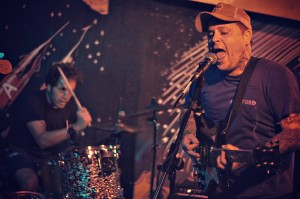 Tire Fire is a band so good, it almost breaks your heart every time you see them live. Lawrence really, honestly, and truly missed Up the Academy when they disbanded. So when frontman Ron Miller turned up with a new act and two (very) familiar faces alongside him, the scene tried desperately to keep their cool in an attempt to not scare this act off. Lawrence has a very distinct garage rock niche thanks to the Replay, and Tire Fire nails it. This band will absolutely thrill you with hair-raising tempos and overwhelmingly impressive guitar work. Tire Fire appearances may actually be few and far between in 2015. So when they do play, they are not to be missed. 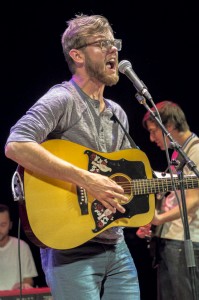 Behold the booming voice of Spencer Mackenzie Brown! This kid absolutely exploded onto the scene with a powerful thrust behind “Travelin’ North.” From there, his songs gracefully developed and his onstage posse grew. He’s now gracing large stages and finding himself surrounded by larger crowds with every passing show. This diverse performer is crooning his way to a successful 2015, and don’t be surprised if you see him pop up in the most unexpected places. 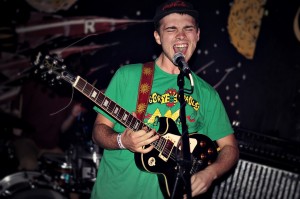 High Dive Records has been feverishly signing bands on, and one of their most enjoyable acts includes The Fog. These fellas tend to stick to Kansas City, but when they come to Lawrence fans get treated to fuzzy guitars and crazy fast fingers. This band is erratic and on point at the same time, and we’re hoping for a lot of that organized chaos to stay busy in 2015. 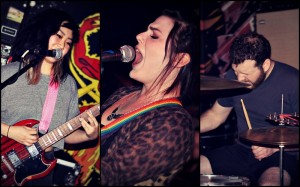 We’re not entirely sure if Cop Knock knows how well-liked they are. Lawrence is just so darn fond of this trio, and with reason. They’re part of that garage scene that is so revered here, and they do it well. Their confidence (and onstage Beanie Baby count) grows with every performance, and we believe that this band will be game for anything that comes their way. 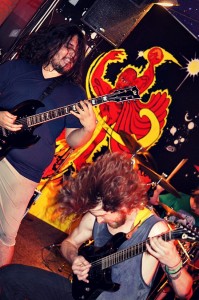 Sedlec Ossuary isn’t necessarily a new band. They’ve been around for a while, but it was 2014 that saw major transformations for this metal act. They finished off the year with a fascinating fan base that’s growing curiously strong from Topeka to Kansas City (and raising hell through Lawrence along the way). With a new album on the horizon, and a live show so fun it should be illegal, Sedlec Ossuary will (finally) see great success in 2015.