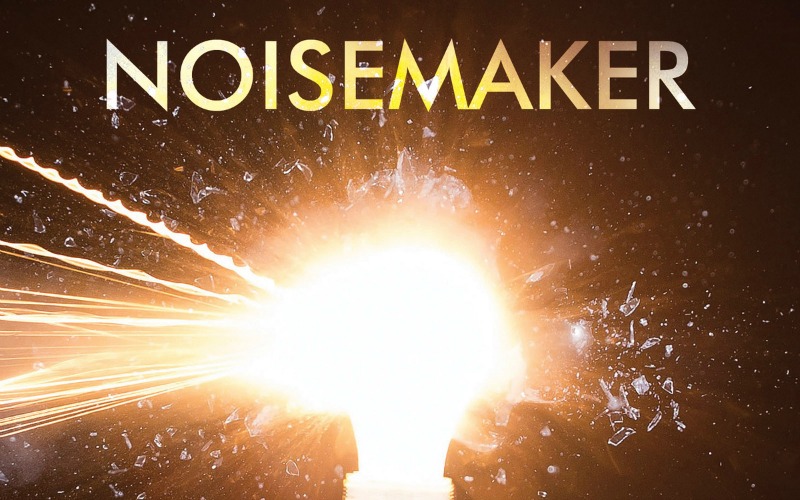 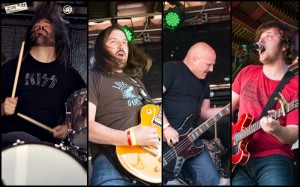 There have been many well-written write-ups lately celebrating the life and times of Lawrence’s The Dead Girls. And the band deserves many well-written write-ups after ten years of rocking & rolling. I will spare myself and the band the embarrassment of trying encompass their entire history in this attempt at a well-written piece, because I was not a Dead Girls fan until early 2013 when their excellent Fade In/Fade Out was released. I knew who the band was, absolutely, but never had ever heard one song they had put out. Needless to say, reviewing that record made me search their back catalog. I was lucky enough to review an EP they put out earlier this year as well (The Beast Inside). And now, before they cement themselves into the pantheon of great Lawrence/Midwest bands, The Dead Girls have given us one more record to salivate over: Noisemaker. 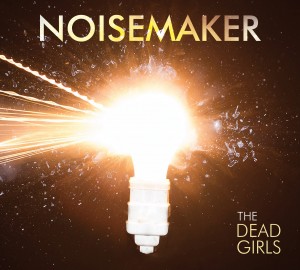 A blend of familiar power-pop and the clear progression the band has made over the years is evident across these eleven tracks. They don’t abandon their signature sound, but the fearsome foursome also crank their “devil-may-care” attitude to the max on this album. They pull out all the stops on tracks like opener “I’m On A Mission” which throws us right into the melee. No breath, no count; the vocals grab us and we plunge. The up-tempo, ‘50s school dance rocker “What It Takes To Be Unseen” brings a sweet melancholy to the equation, followed by the racing “Downtown On A Nice Afternoon,” and the stunning ballad “Sun And Rain” showcase every aspect of The Dead Girls career. A band that OWNS the term power-pop, but never limited themselves to one sound. Personal favorites “That Shit Gets Old” and “Dress Up Dress Down” (with the great whoa-oh-oh-ohs) numb the inevitable realization that this record (and the band’s time together) is coming to an end. But thankfully, you can always hit repeat.

Rarely do I “never say never.” I guess that qualifies me as a pessimist, but I will say this: the band may not have any intentions of playing together as The Dead Girls any time soon, but they could reunite at any time in the future and certainly be welcomed back with open arms. A helluva impact on the scene and a legacy to be fondly remembered by. Congrats guys, you’ve always were made the best noise.

Favorite Tacks: “That Shit Gets Old” & “Dress Up Dress Down”

Editor’s note: The Dead Girls have played two farewell shows so far, one in Lawrence and one in Kansas City. On Saturday, they play their final farewell show at Auntie Mae’s in Manhattan.