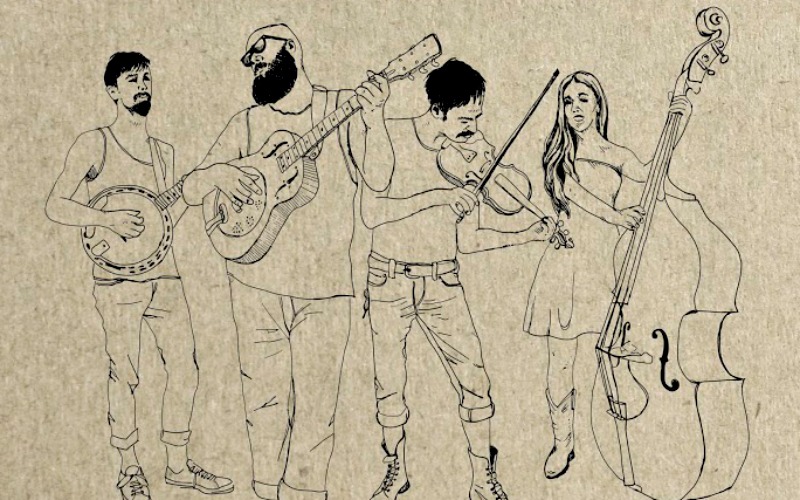 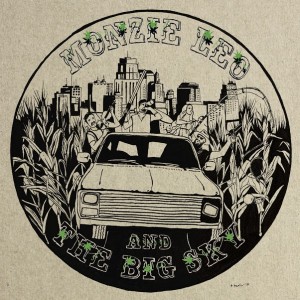 The booming voice of Monzie Leo carries a message of Midwest dreams and fading romances on the impressive record Sunflowers, Sunsets, and Sons of Bitches. But Monzie doesn’t do it all himself; his supporting band The Big Sky gives the album a sound as grand as the blue above. The harmonies are gorgeous, especially when Monzie’s vocals mix with that of Melodie Ayres. The folky quartet can run a sprint race (“Let Her Go” & “Robin in the Rosebush”), hit you with a ballad (“No Moss” & “Aching Hearts”), mix up the two (“Penny”), and put a smile on your face (“Taco Pizza”) all in the span of ten tracks.

The record gets its name (or at least pays homage to) from Clint Eastwood’s The Outlaw Josey Wales; as a matter of fact, Eastwood is sampled at the beginning of the sinister “Robin in the Rosebush” delivering the immortal quote, “Yeah, well I always heard there were three kinds of suns in Kansas: sunshine, sunflowers, and sons-of-bitches.” To which the response is, “Well… at least we’re known for something.” I would go ahead and add that Kansas can be known for Monzie Leo and The Big Sky. This record drips with attitude and is just fucking cool, much like the Eastwood of yesteryear. But with the smoothness comes a good sense of humor (the band has a grin, rather than a smirk). Listen to the dysfunctional long-distance relationship in “Poney” (followed appropriately by “Let Her Go”) or the goofy “Taco Pizza” (a personal favorite).

With the light-hearted moments come the stellar heavy hitters like “Aching Hearts” and the incredible a cappella “Brother’s Dismay” (both tracks have been reworked and retooled from the 2012 release sneakin’ in the tall grass by Monzie Leo and the Northwest Two). And that goddamn clarinet on “Aching Hearts” is just delightful. The fiddle from Brett Grady and banjo from Derek Long, throughout the album, make the band a true fantastic four.

I’ll tell you what dear reader, as a son of a bitch that misses Kansas, the cure for some Midwest blues can simply be a Monzie Leo and The Big Sky song. Sunflowers, Sunsets, and Sons of Bitches will cure what ails you.

Editor’s note: You can catch Monzie Leo and the Big Sky this Saturday at the Westport Saloon in Kansas City.