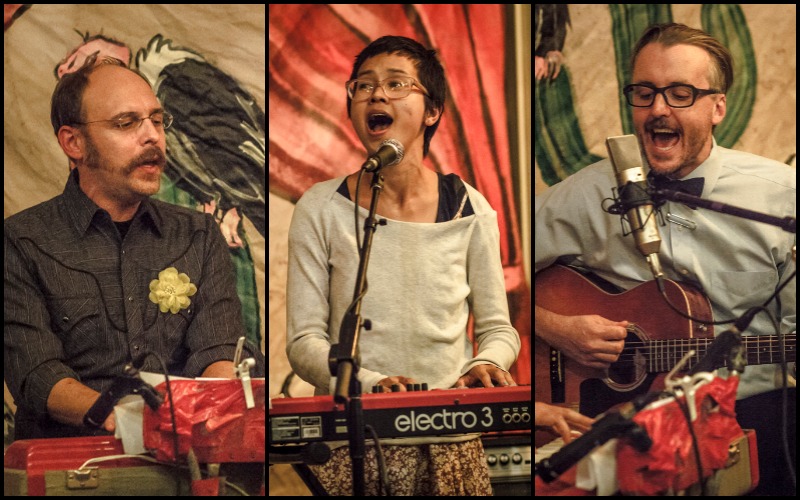 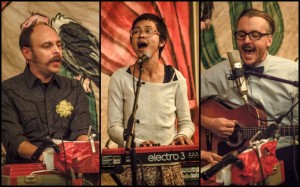 The pinball cooler was open and the disco ball was spinning for a later-than-usual Saturday night show at the Love Garden.

The laid-back, two band event opened with Sacred Destinies, a chilled out indie duo from Los Angeles with a set of songs that seem to straddle a fine line between somber and blithe. The pair’s haunting harmonies washed the room in a obvious mood of reflection visible in the faces of the shows sizable audience. Even once the set was over, it took some time for audience chatter to begin again. Such strong emotional residue from such a small sound.

Headlining the night were local wonders Drakkar Sauna. While the their mix of almost twangy vocal harmonies atop guitar and harmophone can easily be recognized as classic country, their lyrics are definitely not so. With song titles such as “oh, God, I have a canoe,” “Leave That Hole Alone,” and “Icing Down Her Top,” one might think Draakar Sauna a duo of silly songwriters. But their seemingly whimsical way with words hides a deeper, more poetic (and far more compelling) story than your run of the mill country tune. Love Garden shows are always worth far more than the cover price, but Saturday night has to have been one of the best line-ups yet.

Words and photos by LeRoy Pristach