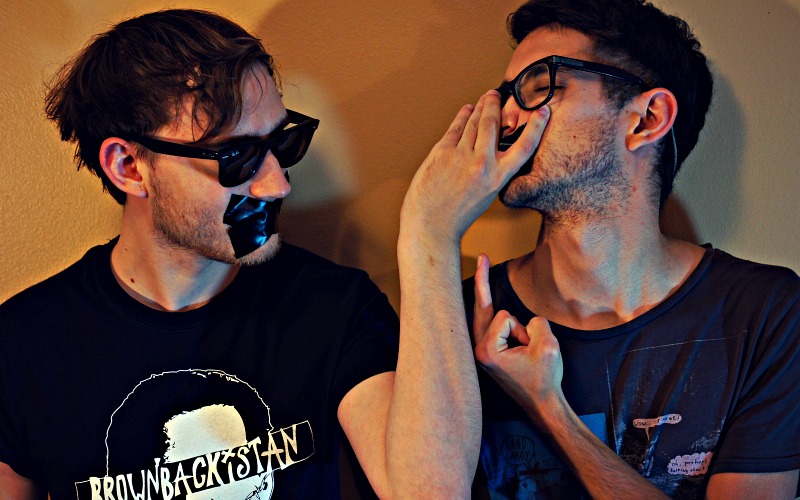 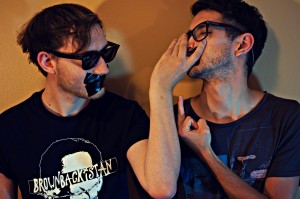 “This next song is about heartbreak… and the nuclear apocalypse.” With his eyes half open, Arc Flash’s James Thomblison grumpily mutters the words before diving into yet another distortion filled and agitated number. This was a few weeks back at an early Replay patio show.

Arc Flash is moody. Not just a little moody, but incredibly moody. The doleful duo live and breath sulk. James, along with drummer Lewis Guillen (known for his homemade shirts that boast fickle phrases and melancholy messages), insist that they despise each other. “I just hate Lewis in a way that makes us really special. The only way that allows me to love him,” admits James. “We’re both kind of weirdos, socially and emotionally. So we get along really well.” 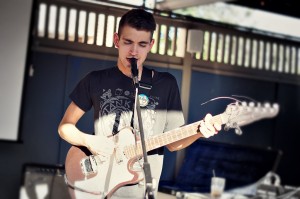 After a series of gloomy performances throughout the year, the sour-puss musicians are finally releasing a tape this Thursday at the Replay. Both admit that after trying to record an album properly, they threw all conventional wisdom out the window and took a freeform approach to tracking the album. The result is an erratic and frenzied work that mirrors their hectic live shows.

Their live performances are actually a point of contention. The band, despite taunting each other, adore all the local musicians around them. Yet they find it hard to physically release and unwind at most live shows in the area. “That was our initial goal. We wanted to make a band that would make people want to hit each other,” said Lewis. “That’s why I always scream ‘Somebody hit somebody!’ when I’m onstage.” For once, James agreed with his bandmate. “There’s a lot of swooning bands,” he conceded. “At a Cowboy Indian Bear show, their music is so beautiful and groovy that you can dance. But it’s mostly so beautiful that you swoon. We’re trying to make less beautiful music that’s maybe more aggressive.” 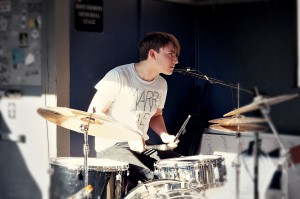 At this point, Lewis grumpily interjects. “I’m sick of people who just hold still.” He recalls CS Luxem’s exciting and nearly punk rock rendition of “Born Down Bobby,” (you can watch a video of that performance here) and what he perceived as a lack of audiences physically throwing themselves around during that song. “When something’s as exciting as that song and they don’t move, it’s an epidemic.”

If you feel like getting physical, you can catch Arc Flash on Thursday when they play the Replay this Thursday with Schwervon! and Ex Specter.