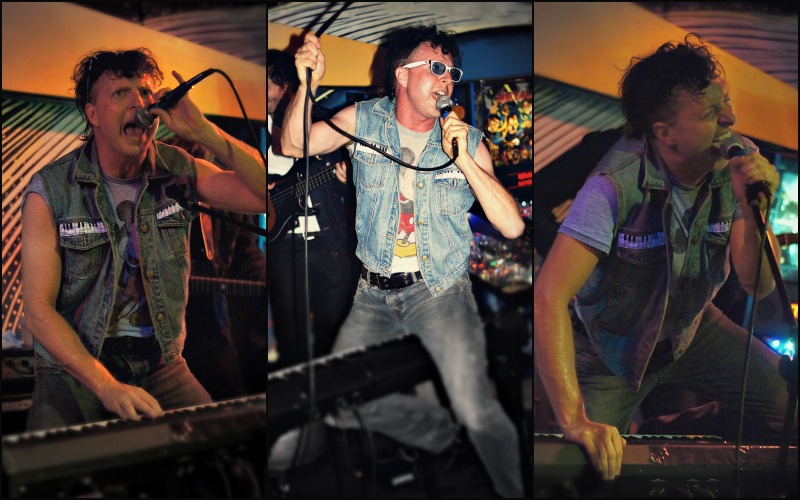 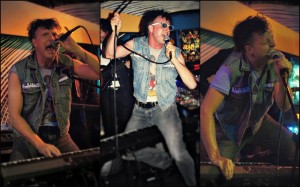 A performer like Mark Mallman should feel right at home in Lawrence.

The man is over-the-top, and on Thursday night he returned to his favorite local venue with a fantastic show at the Replay.

The last time he was in town, he performed with just a drummer. This time around, Mallman brought the whole enchilada (band) along. This allowed more freedom for Mallman, who has a particular disdain for chairs. He climbed his keyboard, rode it like a horse, and occasionally threw a lasso with the mic cord. He’s become famous for his onstage antics, though they’re hardly needed. His keyboard skills alone are enough to leave you foaming at the mouth. His fingers flew so fast up his keys, which took quite a beating throughout the night, that we could hardly catch the action on camera. Mallman could easily be compared to a more deranged version of Elton John, but with wilder hair and nothing to lose.

This particular tour only brought him as far South as Lawrence, so naturally there was at least one Texan who drove up just for this show. Mark Mallman is wild, but his fans are wilder. Some even screamed (really, screamed) their love for him within inches of his face.

There’s no doubt that this man loves performing. Even with just under a dozen fans in the audience, he brought it as though there were hundreds of people cheering him on. If we’re lucky, he’ll come through Lawrence again. But now, you’re armed with the knowledge of just how wildly entertaining a Mark Mallman show can get.

Here’s video of a new song he played.

We are gathering in South Park on the West side RIGHT NOW for the #Pride2022 parade! 🏳️‍🌈💖🤘🏽