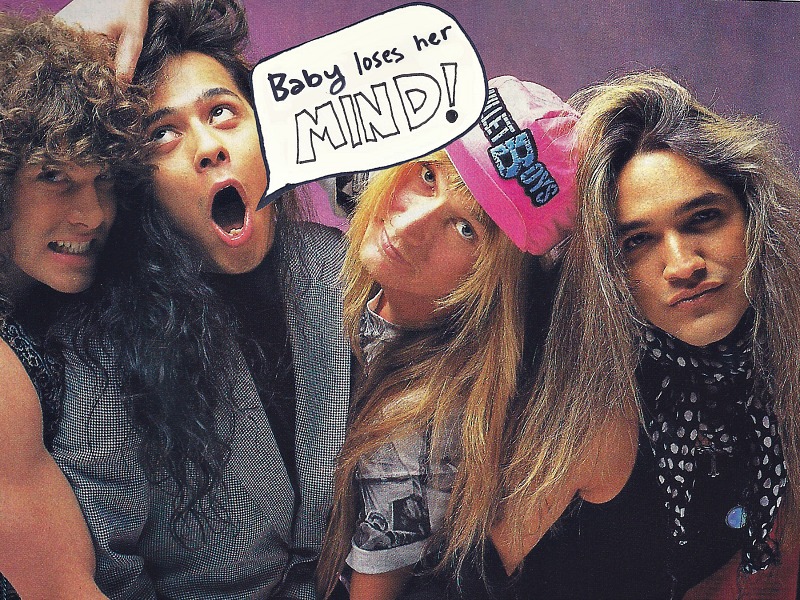 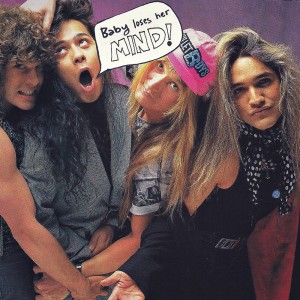 Josh Berwanger is one of those artists who just can’t seem to sit still. In addition to planning an upcoming tour surrounding his SXSW appearances, the local musician has also been plugging away in his studio working on art projects and creating his own music videos.

He just posted the video for “Baby Loses Her Mind,” off of the recently released Strange Stains. It features the hair metal bands of yesteryear, a scene and genre close to his heart. “I grew up with those bands, and it’s a tribute,” Berwanger told I Heart Local Music. “I truly think that it is art, whether or not those people knew it at the time.”

Berwanger created the video after going through old heavy metal magazines in his closet. He couldn’t stand to see them go to waste, even though he says some see the genre as “a little goofy.” He insists there’s something more, if you look deeper. “Those bands all had a great sense of humor as to what they were doing,” Berwanger says. “But is there a seriousness, too? Is there a sense of emotion where you connect to one of those songs? It’s so overlooked, and I wanted to put those two together. You can tell by the fans in the video that it’s an art form, and it’s great music.” 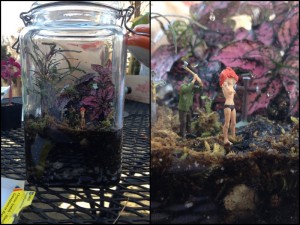 Berwanger has another music video in the works, and will spend time in the studio recording some new music before heading out on tour. But between all the videos and recording, he has somehow found time for his unique hobbies and artwork. Currently, he’s working on miniature terrariums featuring famous horror scenes (pictured). “It’s very tedious and time consuming, but it’s very relaxing and takes your mind off other things,” says Josh, who frequently works on art projects on the side.

You can watch the video for “Baby Loses Her Mind” below, and check out Josh Berwanger’s full tour schedule here.