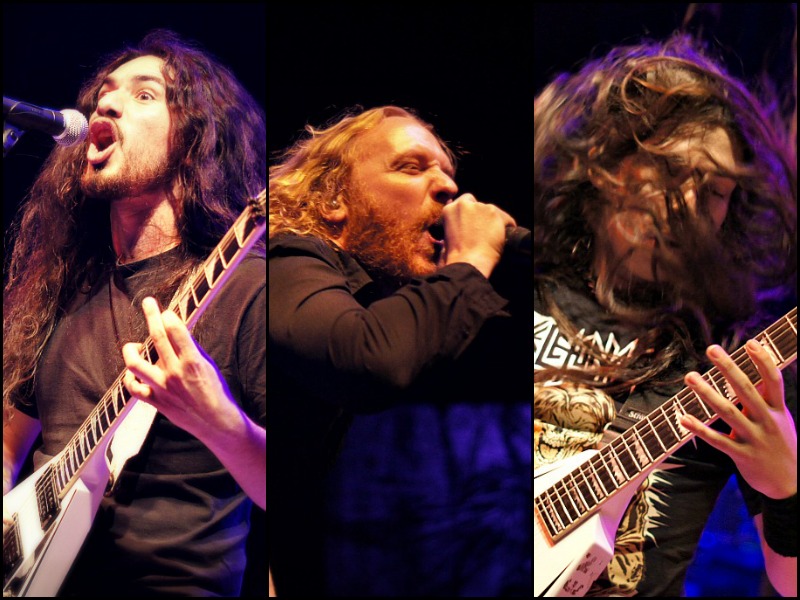 The horns were out in full force when a superb metal lineup engulfed the Granada Thursday night. Dark Tranquility headlined this tour and put on a lively show against a dark and vivid backdrop. They were joined by Omnium Gatherum, of Finland. This was the band’s first time in North America, which is a pretty big deal for their fans here who have been eagerly awaiting this tour. Exmortus helped the crowd kneel before the steel thanks to some serious shredding and long, flowing hair. Local Kansas City outfit Dogs of Delphi opened up the night with their killer vocals.