Watch: Margo May at Love Garden

Watch: Margo May at Love Garden 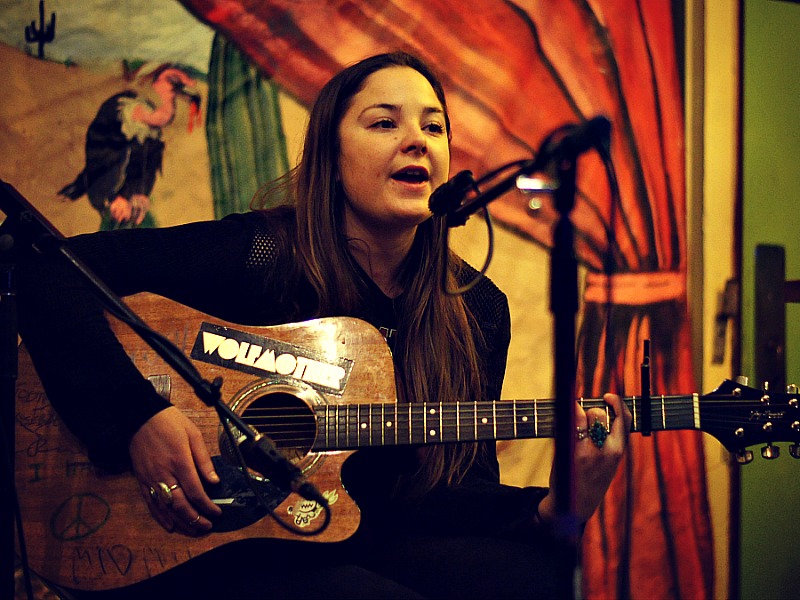 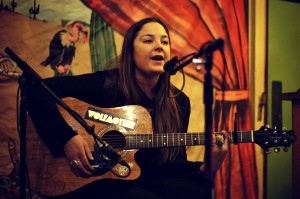 A rich weekend of music in Lawrence started off on the right foot when Love Garden played host to a set of singer songwriters from the Lawrence and Kansas City area.

Margo May, a Kansas City songwriter with the voice of an angel, sat perched on a chair in front of the vivid curtain that serves as the backdrop for live sets at the popular record store. She put out a split album last summer that was well-received in the area, and on Friday she played old and new favorites (as well as a cover).

A highlight of the set was when Yuba, one of the Love Garden pets, walked up and sat right next to her. Owner Kelly Corcoran said the dog had never done that to a performer before. We’re going to chalk that one up to Margo’s exquisitely graceful stage presence and pleasing demeanor.

Here’s a clip from her set (keep an eye out for Yuba’s affection):

Middle of the Map Announces 2014 Lineup