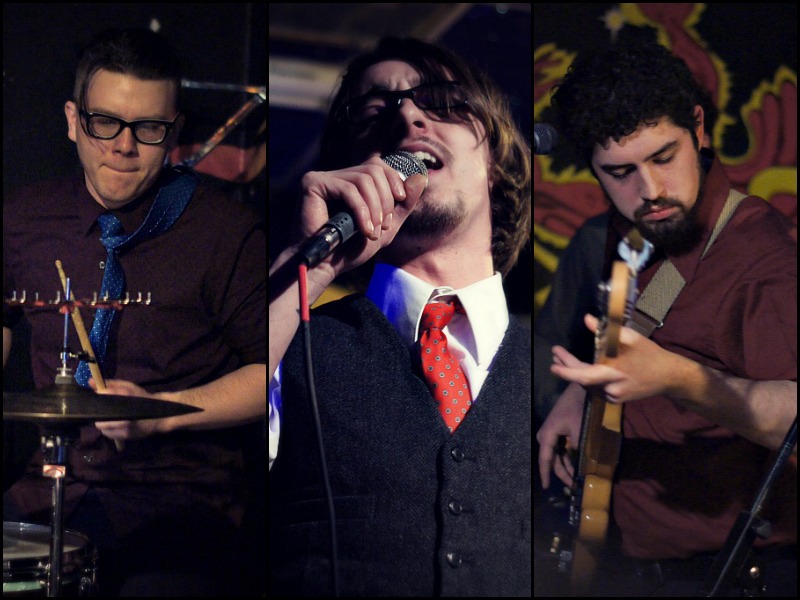 Like most venues scattered across Mass Street, the Replay was packed to the brim with revelers ready to ring in the new year on Tuesday night. Streamers, balloons, and glam covered every nook and cranny. Each passing minute brought in more bodies huddling through the front door for a chance to catch two cover bands (The Cramps cover band was an immense highlight of the evening, and the DEVO cover band closed out the night in style). 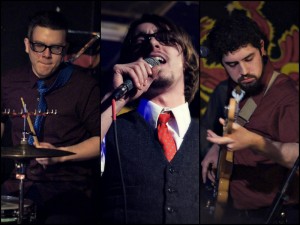 But when Dean Monkey and the Dropouts (a Replay staple) started things off, the Replay was mostly filled with the regulars, donning their biggest smiles and oozing sentiment over what a lovely year 2013 was. On this particular night, the doo-wop group were clad in their best ties and vests… and may have put on one of their best shows yet.

Lately they’ve been taking a soulful turn with their music, but what with it being such a festive night they decided to whip out all their doo-wop favorites that invited the entire audience to cut a rug. The guitarists had a particular flair for the theatrics as they repeatedly held their guitar necks up while playing, crossing each other as though they were light sabers. The vocalists were at their best, and those oh-so-sweet falsettos carried the excitable crowd into the night.

Here’s a clip from their performance: