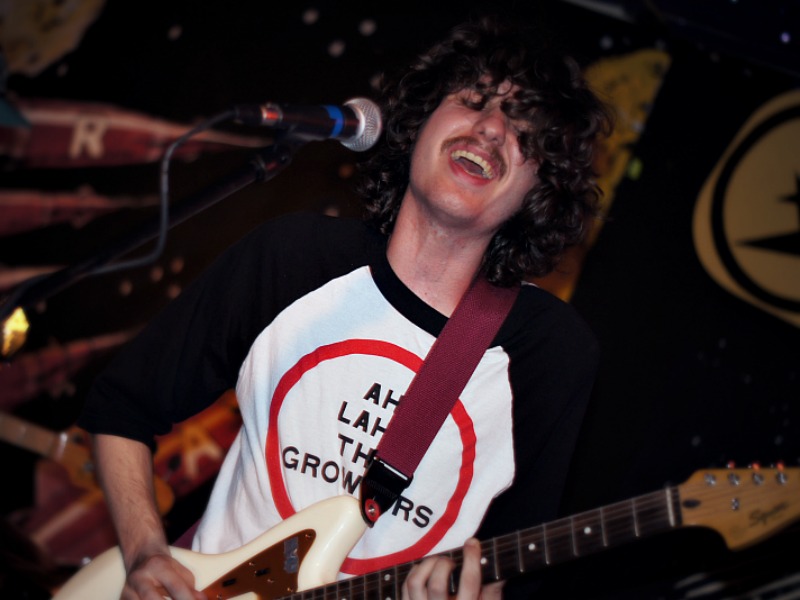 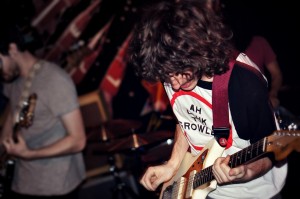 We’ve heard the rumors, and the rumors are true: Psychic Heat is the hottest new band in Lawrence.

We witnessed their explosive set at the Replay Wednesday night when they opened for the Shine Brothers. In between flailing on (and off) the stage, the mop-topped rockers delivered one perfectly performed song after another.

This is a band that doesn’t adhere to the rules. From the way they hold their guitars to their reluctance to remain on the stage, Psychic Heat likes to color outside the lines. But while their songs may seem chaotic and hectic, the vocals were impeccably discharged into the air, carrying a force that hung on every audience member.

This feels like an act that works diligently on their performance, but then suddenly they’ll return to their young and goofy selves with moments like the one where they paid homage to the Replay’s latest pinball machine with a Metallica cover. The band is the very definition of fun, and it’s easy to see why they’ve already gained such a following within just a few short months.

This is a particularly great clip, because you get to see just how much freedom the band allows in their effortless performance: