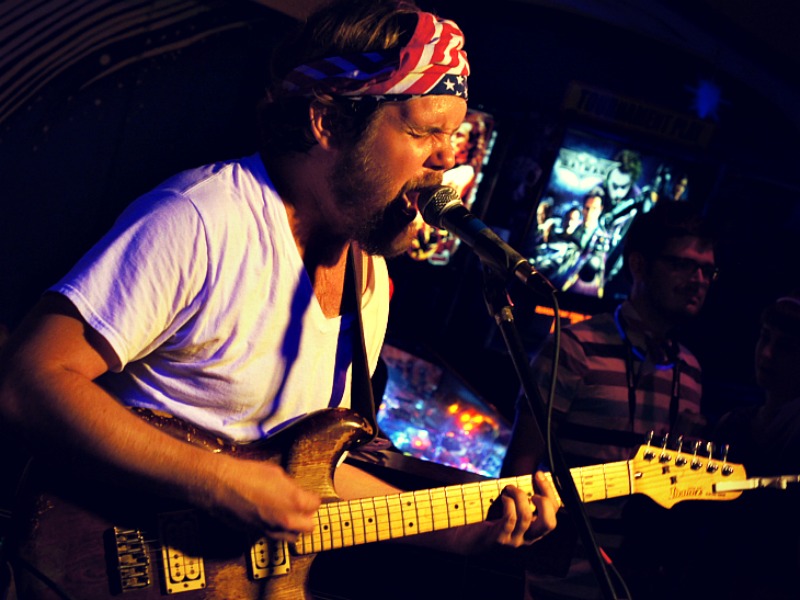 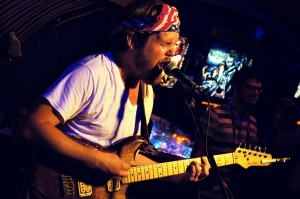 “Will somebody bring us a couple of pitchers, it’s going to be a long night.” Fourth of July frontman Brendan Hangauer was wiping sweat from his brow with an American flag bandana. He, along with the rest of the band, was intent on giving the show of his life Thursday night at the Replay at their annual Independence Day bash. It wasn’t just the holiday that birthed their name that had them in for the long haul that night. Hangauer was playing what was being treated as the final Fourth of July show ever.

After spending more than a decade in Lawrence, the frontman is moving to California. So Thursday night’s show was a sentimental one for the band of brothers (comprised of Hangauer and his brother Patrick, along with Brendan and Brian [Bronco] Costello). With emotions running high, the band called for backup. Local songstress (and close Fourth of July confidant) Suzie Johannes filled in on some backup vocals while former bandmate (and brother) Kelly Hangauer reprised his former role with the band on trumpet and keys. 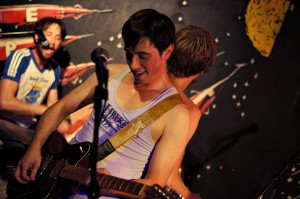 It was a night full of familiar faces. The indie rockers have been playing on Fourth of July for several years, and each year a group of fans/friends from Omaha make the trip down for the Replay show and plant themselves firmly in the front row. They provided an exuberant energy that guided the filled-to-the-brim audience along in fanatical dance moves and zealous cheering. The crowd sang their hearts out along with the fellas onstage, sometimes even drowning out the band.

Fourth of July delivered a special set for the memorable evening, powering through lots of old and new favorites. The night was a sweaty mess, and one by one members of the band took their shirts off. In a grand gesture of unity, some fans in the audience did the same.

When they arrived at their final song of the extra lengthy set, there were no frowns to be found inside the Replay. They extended the ending of the song so that Hangauer could repeat the last line, “I love you, my darling, I love you so,” several times over, each time slowing it down a bit more, never knowing themselves when they’d stop. It was a maneuver that we should have expected from the band that has become expert in writing breakup songs. Here they were, saying a final goodbye not to a lover but to those they love. The very second the last cymbal crash hit, hugs and embraces took the place of the music onstage. The brothers bonded over this final farewell, knowing that goodbye isn’t really forever, especially when it comes to family.