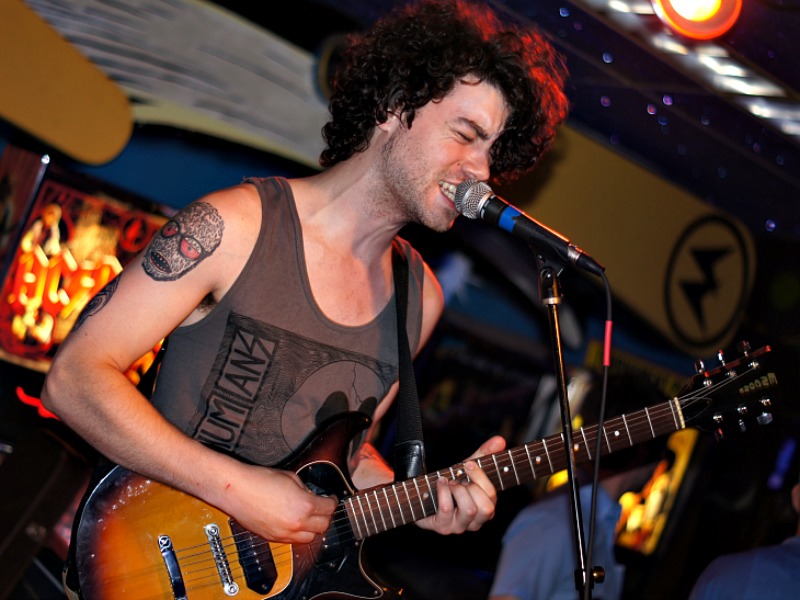 Spring Into Summer is a little festival that packs a punch, and in its third year at the Replay, the event was louder than ever. 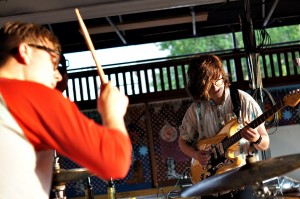 The evening began with outdoor patio sets from Y[our] Fri[end], Approach, and Naomi What?, a band that eventually professed their disdain for grocery stores through song. Soon after (in true Kansas Spring fashion), a tornado watch was issued for the area, but that didn’t keep excited revelers from dancing under strong winds and cloudy skies to the high-energy beats from Approach and G-Train. The muggy weather invited Lawrencians to shed some layers, show a little skin, and get down on the patio (which is most likely what they’ll be doing all summer).

Because Lawrence doesn’t believe in nightlife before 11:00 p.m., the place really didn’t get going until the nighttime portion of the event. As soon as the clock struck 10:00, it took about two seconds for the place to swell with people and become a cozy, sweaty mess full of familiar faces and a few motley crews. 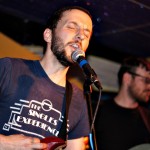 Dry Bonnet immediately kicked the show into high gear by playing what was possibly their loudest set to date. They boasted a lengthy set list and new numbers, and the women loved packing the front row to headbang.

Up The Academy really tore everyone a new asshole. Their set elicited screams and squeals of delight from the crowd. A katamari of brutal, sweaty rock, the band rolled through the Replay, picking up whatever was left of your hearing and your sanity. By this point it had become so muggy inside the Replay, there was even sweat dripping off of the bass guitar. 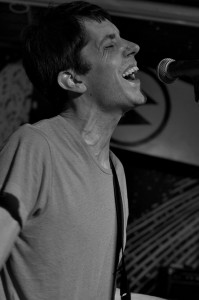 The Regrets have gotten considerably more aggressive since their reunion show at Middle of the Map Fest. They picked up like 1997 was just yesterday and played a lot of old favorites to dedicated fans who waited decades to hear these songs again. Those fans were rewarded with an incredibly good-natured set full of vigor (frontman Danny Pound’s intense yelling is not to be ignored). But don’t peg the Regrets as some act from yesteryear. They’ve got plenty of new fans to go around, and won over a considerable portion of the Replay with their rock solid set. 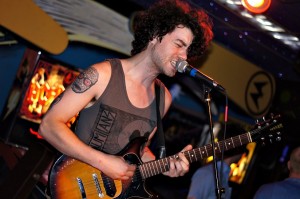 Decorated in only the skinniest of black denim, Mouthbreathers mounted the stage as the official guests of honor nearly a year after the frontman had left Lawrence. The place just exploded. The band’s fans tore the place apart and became just a mess of mop-topped rockers thrashing all over the dance area. It almost felt like the time off gave the band a sense of refreshed well-being. Everyone in that group played incredibly well off of each other, and Kyle Gowdy’s screaming was clear, pitch-perfect, yet still raw enough to rip your guts out. The tornado watch had subsided by this point, but the Replay still felt like a disaster zone after the four aggressive bands ripped through it.

Bonus video! If you’ve ever been to a Mouthbreathers show, you know that this song is the best part of the night. You’ll see why at about 2:52 in.