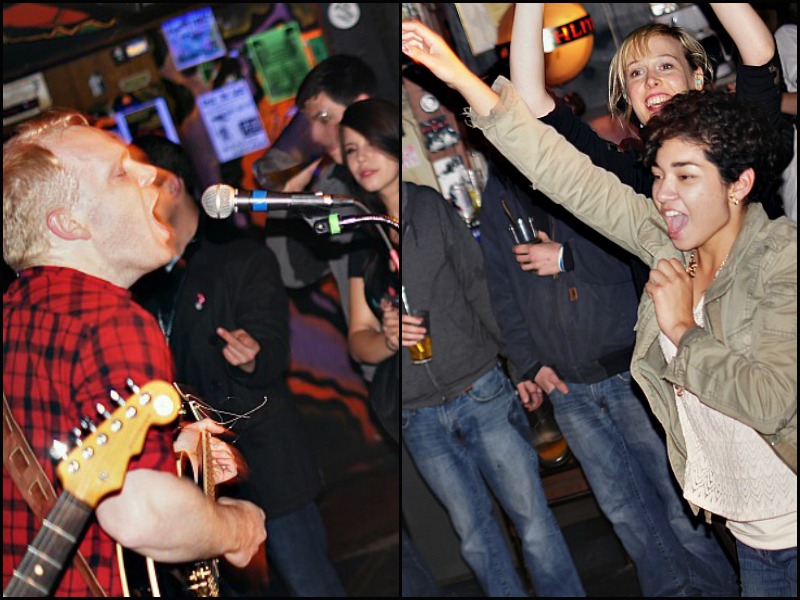 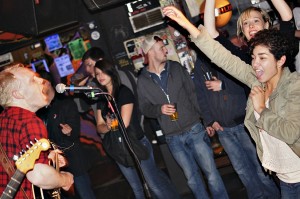 “When pretty girls dance, you dance,” proclaimed Ben Grimes, frontman for Soft Reeds. The band had ignited a high-energy dance party at the Replay during their record release show on Friday, and the first people to hit the dance floor were scores of beautiful women. It wasn’t hard for the rest of the venue to follow suit after getting instructions from Grimes. 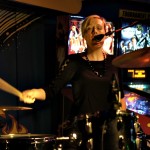 The entire night had produced such a high energy from three Kansas City bands, it was hard not to cut a rug by the end of it. Schwervon started the show off with their always enthusiastic and lively set. The drummer gets her whole body into it, and the dry-witted back and forth banter between the duo is so hilarious, just that alone should be enough to get you out to their shows.

Toward the beginning of their set, The Caves expressed a fondness for the Replay. The feeling was mutual, as they played brand new songs and twisted and contorted all about the stage.

Out of all the times we’ve seen Soft Reeds perform, Friday night’s Replay set was perhaps the best. They produced a sound that was almost too big for the Replay. When you think about it, they almost produce a sound that’s too big for this era. Their live sets suck you right back into the height of 80’s pop and new wave. The multi-instrumentalists really woke the Replay up, and when they busted out their Bowie cover, suddenly everybody was a dancer. For those of us who were never lucky enough to see Bowie live, this was the next best thing. We’ve never seen a band more worthy of covering the legend.

But it was when Soft Reeds busted out songs from their latest album, Blank City, that folks really started to bust a move. The crowd was so head over heels in love with the music, the band had to bust out extra songs past their set list.

Watch: 40 Watt Dreams at the Replay