Marnie Stern taps her way into our hearts

Marnie Stern taps her way into our hearts 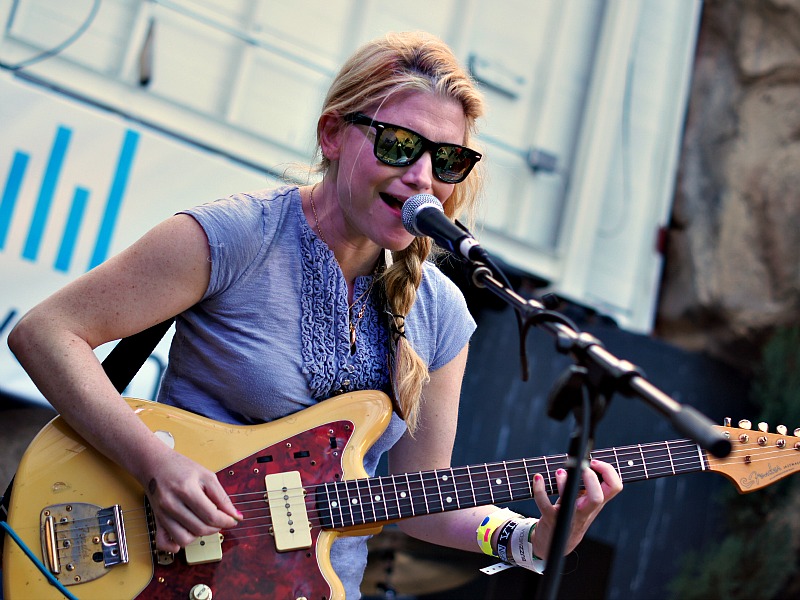 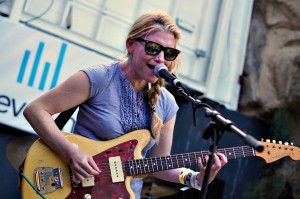 If there’s one artist at SXSW that we went absolutely gaga over, it’s Marnie Stern. The experimental noise musician is a far cry from your typical “indie darling.” She’s crass, she’s fierce, and if her charming personality doesn’t win you over, her guitar tapping will.

If you have any doubts about what musicians are doing for the guitar, look no further than Stern. Watching her set is like stumbling through rock and roll heaven. Stern has landed on several publications’ “Greatest Guitarists” lists, including SPIN, who hosted an event she helped kick off on Friday. Even bright and early in the morning (early by SXSW standards, anyway), Stern delivered a prodigious set. Amidst all that top-notch tapping, Stern divided her time between staccato yelling into the microphone like an excitable (and incredibly talented) animal, and winning our hearts over with her offbeat and imaginative personality.

“Can I get less guitar in my monitor? And a big pink vagina with a bow on it?” She quipped at the sound guy after a couple of songs. Stern, with her squeaky and high-pitched voice, walks a fine line between unrefined and hilarious. Between all her songs were a barrage of hilariously inelegant comments and jokes. I don’t think she was even aware of how quickly she won over the audience. “Do you think I could do voices for cartoons? Like Bart Simpson?” she asked the crowd (she does, in fact, sound exactly like Bart Simpson). “How can I expect a man to have sex with me when I sound like this? Don’t have a cow, man…” and just when you’ve forgotten you were at a rock show, and not a comedy club, she dives right into another stunning set of guitar-work. That’s how quickly she toys with your emotions, chucking back and forth between hilariously vulgar and jaw-droppingly talented like a sort of rock and roll version of Jekyll and Hyde.

Here’s an example of that unmatched talent:

Here are her tour dates, and while there aren’t any Kansas/Missouri dates yet, we’d highly encourage you to take a road trip. We saw more acts at SXSW than you can shake a stick at, and this was by far our favorite.