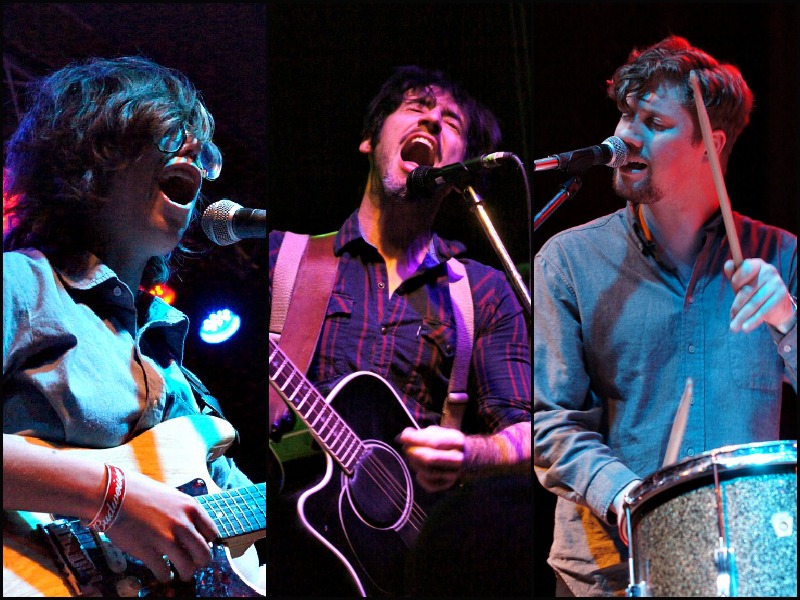 The snow storm that arrived to finish off 2012 was hardly enough to keep Lawrence’s dedicated music lovers away from Downtown on Monday. Mass Street was a vibrant and lively scene filled with sequins, dancing, and enough local music to keep our hearts racing. 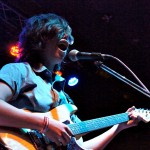 A great majority of the scene ended up at the Granada for an evening with Murder By Death. Y[our] Fri[end] opened up the night with an all-star lineup that included Hospital Ships’ Jordan Geiger and two members from garage rockers Up The Academy. This was Taryn Blake Miller’s first time playing at the Granada, and she treated the audience to some fantastic Y[our] Fri[end] tunes with a rockin’ new twist. Geiger has been helping Miller record her songs, and we anticipate a warm reception from Lawrence. 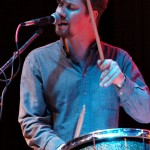 Those who were chilled to the bone from the snowstorm quickly found their hearts melting after listening to Cowboy Indian Bear’s set. This is a band that has a lot to look forward to in 2013. They’ll be releasing their new album “Live Old, Die Young,” and it’s sure to wow audiences for years to come. On Monday night they played several of their new songs, which were welcomed with hearty rounds of applause from their fans. Keep an eye on their website for a new (free) single available for download on January 14th. 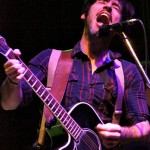 We were delighted to find out just how far some fans had traveled to see Murder By Death. We ran into one group from Oklahoma who braved all the bad weather just to spend New Year’s Eve with the rockers. They, along with the rest of the packed venue, were handsomely rewarded with an unforgettable set.

The multi-instrumentalists thrilled with a wide range of talent and tales of whiskey. “We’re going to get drunk tonight!” exclaimed frontman Adam Turla. “I think this night is not going to end well. Go easy on us, though, because we got a long way to go. We’re going to play a long set!”

The band is no stranger to Lawrence, and rocks out here quite often. They toasted the audience and commended Lawrence for being so similar to their hometown of Bloomington, Indiana. “We’ve always loved coming to Lawrence,” said Turla. “Thanks for welcoming us for ten years.”

And thank you, Murder By Death, for welcoming us into 2013.

(Here’s a video of the countdown, which begins with the pizza party song and ends in Murder By Death leading the audience in a beautiful rendition of “Auld Lang Syne’)