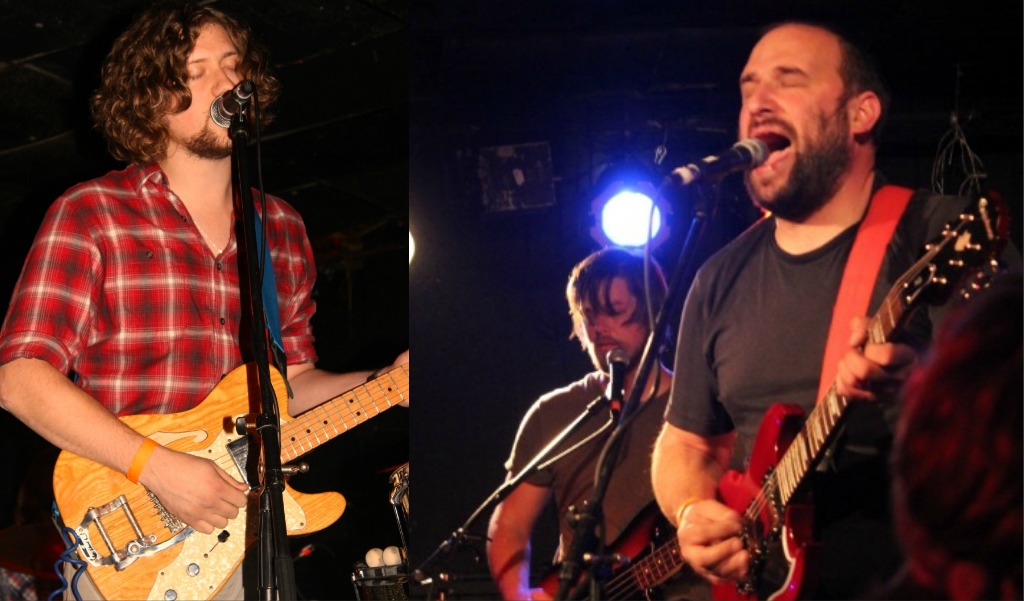 Ask most people in Kansas City to go see a show with you in Lawrence and you may as well have asked them to drive to Chicago. That 40 minute drive, albeit scattered with plenty of check points and radar toting highway patrol, is the easiest drive to never make. So, I’d sorta forgotten how much I enjoyed going to The Bottleneck until David Bazan and Cowboy Indian Bear got me to hit 70 going west.

The Bottleneck never fails to seduce me with it’s grungy, been around the block atmosphere. And when I say, grungy, I don’t mean dirty. It’s pristine. But this bar is a room where a lot of music has been played, a lot of boots have stomped and lot of drunken sing alongs have happened. I love that about this place.

Last night started the Fall Tour of Cowboy Indian Bear and they played to a crowd of devoted fans as well as at least half the room who had never heard them before. Their energetic and approximately hour long set was enough to convert me. I was struck by their vocals and I’ll go see them again. As I encourage you all to do the same.

David Bazan followed and David Bazan fans are almost as earnest as David himself. I love seeing grown ass men singing lyrics to slow sad songs. It kinda gives me hope. Bazan’s fans memorize his lyrics and are not embarrassed to belt ‘em. Bazan had several question and answer periods throughout the show and this worked best when he repeated the question so we could put the answer into some sort of context. He shared his political views, his influences (from Petra, to Pavement to Kraftwerk) and shared insights to many of his songs. (You looking for the setlist? I’m not your gal–Google it. You try taking photos and remembering a set list!)

The crowd at the Bottleneck did not disappoint. Much love was given to Bazan and his band. And he willingly returned the affection with a set that paid attention to the details, and came from the heart.

Music to get paranoid to: Major Games