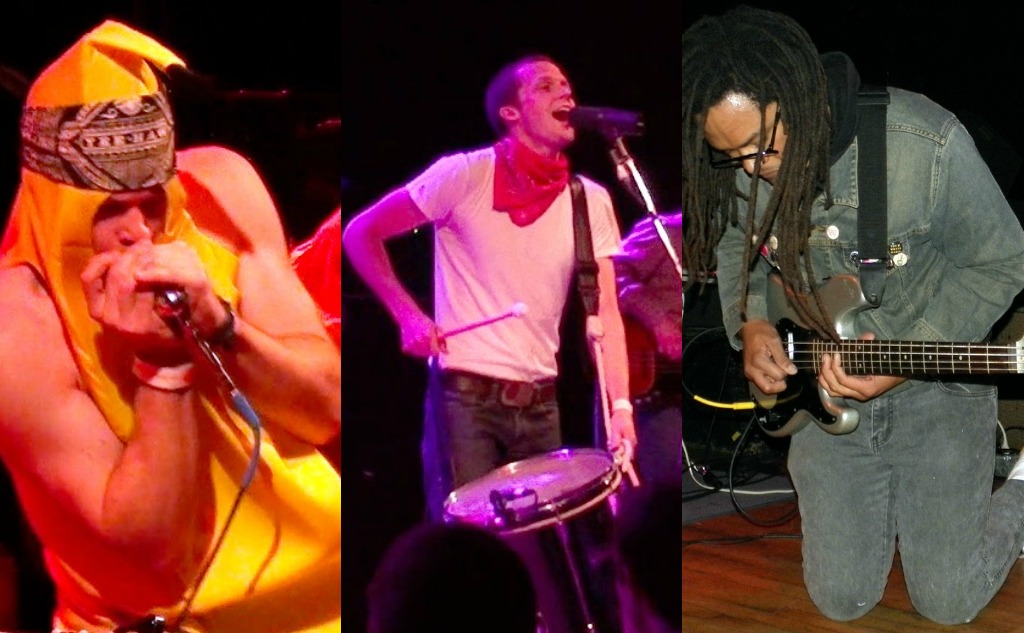 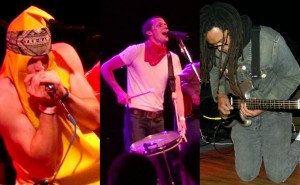 Halloween weekend kicked off with a bang (on the drum) when Cowboy Indian Bear, The Delta Saints and Quiet Corral delivered on their promise at the Granada. Scores of costumed fans came out to see the two local bands show off their percussion skills and brand new music. This show was an example of local music at its finest.

Cowboy Indian Bear continued their reign of cute by appearing in costume onstage at the Granada. Guitarist CJ Calhoun was dressed as Harry Potter, and gave props to the KU Quidditch team for their current #1 ranking. Lots of folks arrived in costume this night, and when the band asked everyone to yell out their costume on the count of three, almost everyone in the crowd answered “Hipster!”

Those who arrived early to catch the Cowboy Indian Bear set were handsomely rewarded with loads of new songs (including the drumtastic one below). This made much of the crowd even more eager for the new album, which the band is currently recording bit by bit. It’s quite obvious they’ve been practicing hard. New songs they played live earlier in the summer are now tighter, polished and even more lovable than before.

The band has also become more physical onstage. Their dialogue is still adorable and lovable, but at times during the performance they’ll bang on the drums hard while guitarist Marty Hillard thrashes about the stage. You read that correctly. Thrashes. Marty thrashes and CJ shreds. I wouldn’t be surprised if by the next show, Katlyn Conroy kicks her keyboard over Jerry Lee Lewis-style.

The Delta Saints continued the costumed concert when they all arrived onstage dressed as bananas. One person in the band was dressed as a monkey.

The high-powered band from Tennessee always knows how to bring the party. They just got off a nine-week tour of Europe, but showed no signs of fatigue as they played hard, fast and dare I say danceable Southern Rock.

As expected, Quiet Corral just about filled the venue and delivered a flawless performance.

Their energy was gratifyingly through the roof, and there are so many members in the band that you’ll always have at least one entertaining performer to watch at any given time. Because there are so many band members, the boys do a great job of connecting with the Lawrence community. This was apparent after talking to several of their fans and discovering that they were involved with various band members through different organizations and groups around town. The fans are dedicated and loyal, and watching them cut a rug on the ground floor of the Granada was enjoyable.

Percussion party seemed to be the theme of the night, so here’s a clip of Quiet Corral being drumtastic (just like Cowboy Indian Bear). The video starts in black, and the drum extravaganza starts at about 2:56.