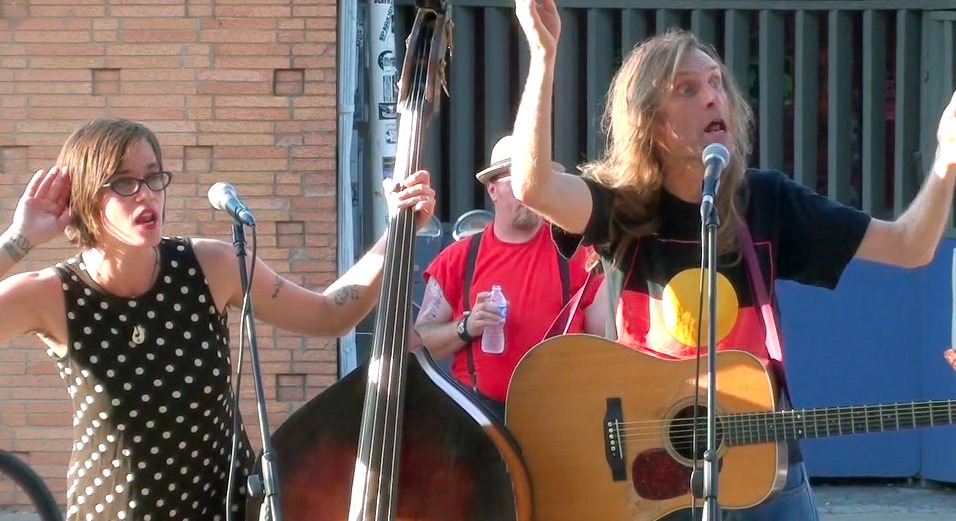 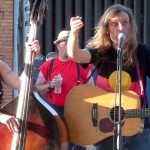 I’ve had a blast this summer. I’ve immersed myself in fantastic local shows and amazing festivals and had the time of my life. So it’s no surprise that I’m not quite ready for it all to be over. Yet every summer, I find myself ending the season with Truckstop Honeymoon. 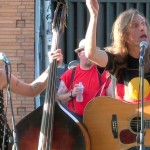 The band has a knack for letting you know that when society casts you out, you’re not alone. In Truckstop Honeymoon lyrics, the disadvantaged are delightful, latchkey kids are loved, and riffraff are respected. So of course the band was selected as one of the musical acts to kick off the one event in town that pays ultimate homage to outcasts: The Lawrence Busker Festival.

They played to a hilariously delightful crowd just outside the Replay. Their string of cheeky lyrics and catchy-as-hell beats had everyone clapping their hands. Some even danced a little bit off to the side. They told jokes and sang all sorts of toe-tapping music that left a smile on everyone’s faces, and the audience returned the favor. By the end of the set, I would catch the band grinning underneath their wild and untamed hair. The audience was just as amusing and their interaction was welcomed.

Here’s a song that required quite a bit of audience interaction, as requested from the band. It’s kind of a fitting song for the end of summer, actually. It’s about getting kicked out of vacation bible school and having to find something else to do with the rest of your time until school starts in the fall.

Next post Loud and loving it: Up The Academy / Mouthbreathers deliver explosive set at the Replay