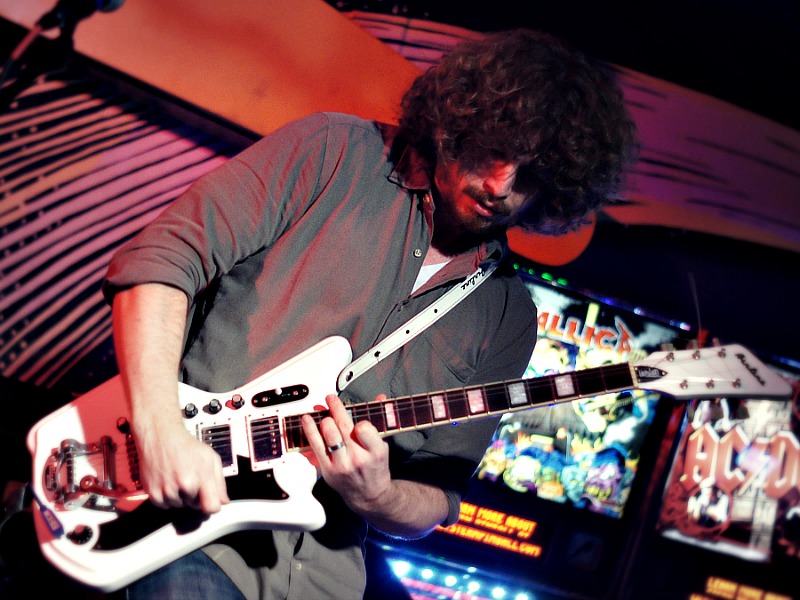 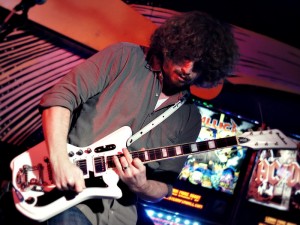 Mars Lights is a really fucking great rock band. We’ve been told the trio from Kansas City has been under a few different incarnations (Howie Howard and Drew Rudebusch helped comprise Dark Satellites), but right now they’re rocking that psychedelic sound that everybody’s so hot for at the moment. In fact, they should probably team up with Psychic Heat for a show sometime soon.

There is no bassist in the band, just two guitarists rocking the fuck out. They live to get crazy with the pedals, and they take turns at the mic for vocals. Their Friday show at the Replay turned some heads from even the most veteran musicians in attendance that night. We’d like to see more of them in Lawrence, and we’d also like them to turn it the fuck up.