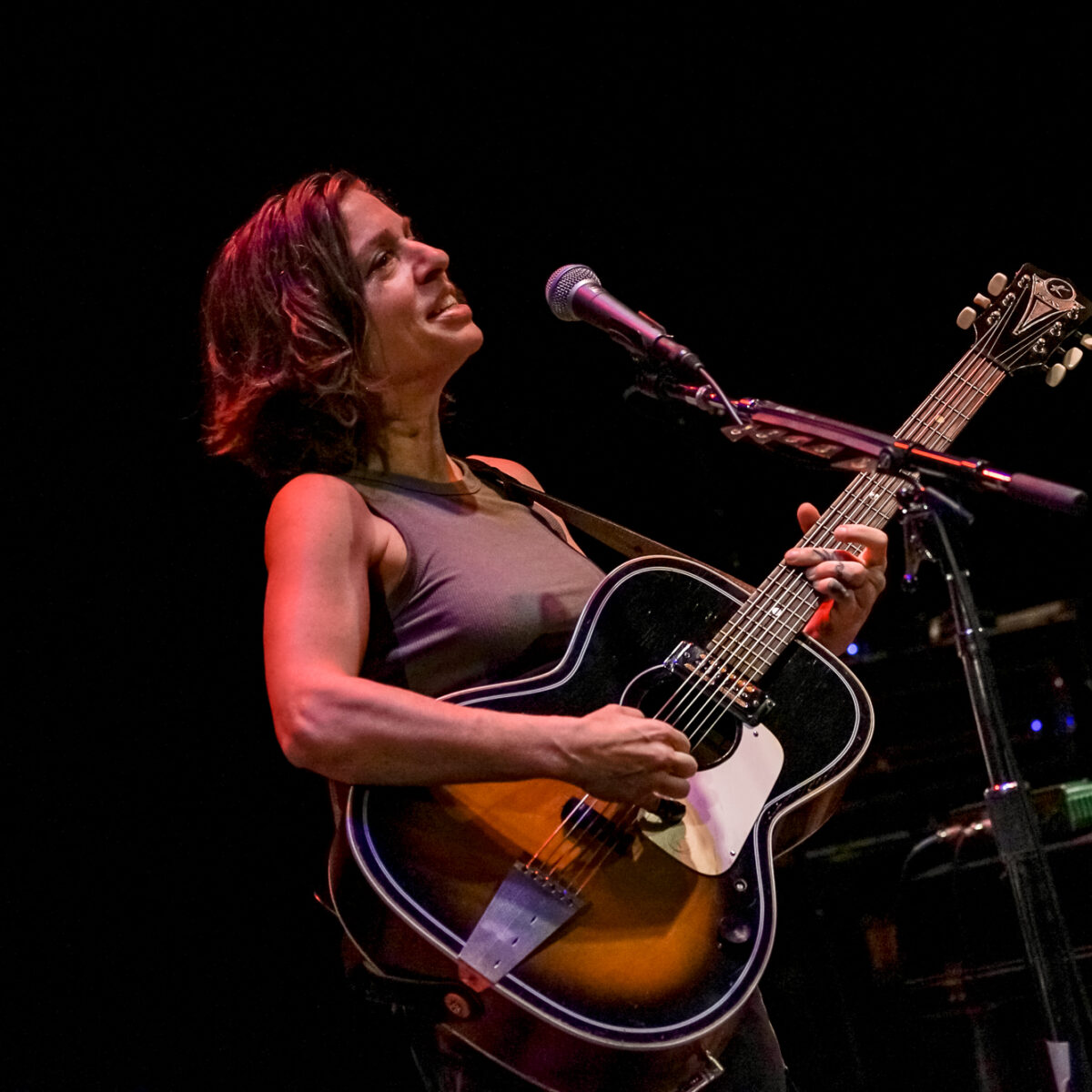 It feels like wherever there is Ani DiFranco, something gay and cool is happening. Well lo and behold, right before our Lord and Savior took the stage at Liberty Hall on Saturday night, queerness erupted in the audience when one lesbian proposed to another. She said yes. The crowd cheered. The lights went down. And Ani manifested onstage.

The entire night was filled with high emotions. DiFranco, known for being chatty and conversational between songs, immediately thanked “the voters” in Kansas. “I think you’ve been doing a lot of good work, voters. Thank you for giving us hope,” she announced before dedicating “Do Or Die” to them.

While she started out with nostalgic numbers, she spent the rest of her time primarily showcasing new songs written during the pandemic. There were sweet moments peppered in with the frustrations from Roe v. Wade, but overall DiFranco pretty jazzed that she had new songs to show. “I’m just happy to find out there was still a little juice left in me,” she mused, half joking about only recently leaving the house and finding topics to write about. Her audience and dedicated fanbase of aging and rowdy lesbians were thrilled with the new songs, particularly her exploration into horror folk songs as a jazzy three-pice (the place truly came alive during this part).

The set very much read like catching up with an old friend who stayed away during the pandemic and even beyond the shutdown. Because, like all of us, she got a little stir crazy. That’s where DiFranco’s new songs exist: in the realm of frustration that toes the line between loneliness (and getting a little weird in that loneliness) and deciding to go back out and finding out it’s all still a shit show. You either get it or you don’t, and DiFranco gets it.

Favorite moment of the night: dedicating “Crocus” to the newly engaged. Listen, we were all invested in this storyline as soon as she went down on one knee. Here’s hoping “Crocus” makes an appearance in the setlist at their wedding.

Opener Jess Nolan was an added perk, delighting fans with her delicate and poetic stage presence.